Skip to main content
On Monday, July 22nd, hundreds will gather in Washington D.C.
to protest the US-Duterte regime for it’s crimes against the Filipino people.
The fascist Trump administration continues to fully support the Duterte regime ($193 million in 2018 alone), while carrying out its bloody drug war on the poor, Martial law in Mindanao, and counter-insurgency war on the revolutionary movement in the Philippines. With more than 30,000 extrajudicial killings, 532 political prisoners, and at least 56 Philippine National Police officers involved in abusing women, the US-Duterte regime continues its state repression and terror against the people.
Tama Na! Enough is Enough!
The US-Duterte regime is guilty of daily gross human rights violations and now is the time to take action and amplify the call to
stop US intervention in the Philippines and all across the globe.
STOP THE US WAR MACHINE!
US TROOPS OUT OF THE PHILIPPINES!
OUST THE US-DUTERTE REGIME!
JOIN US ON JULY 22, MONDAY 11AM
CONVENING AT PENNSYLVANIA NW, WASHINGTON DC
We will then MARCH to the Philippine Embassy to join the Malaya Movement Action that will start at 12:30PM
[Actions will be held across the United States- see full list below] 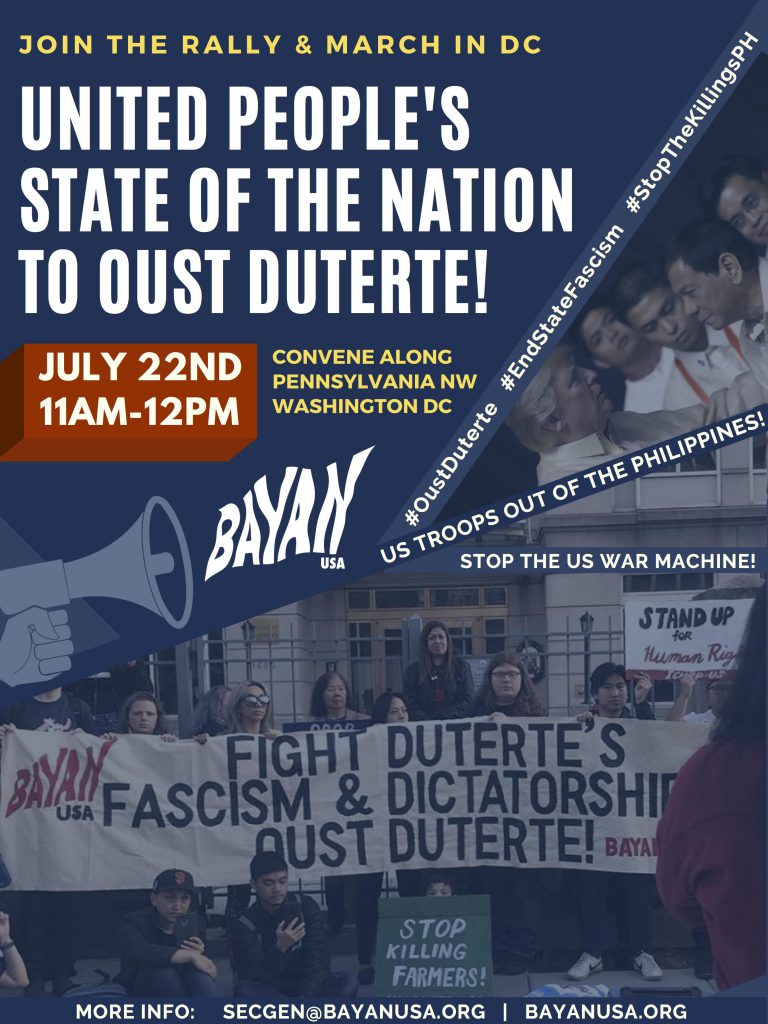 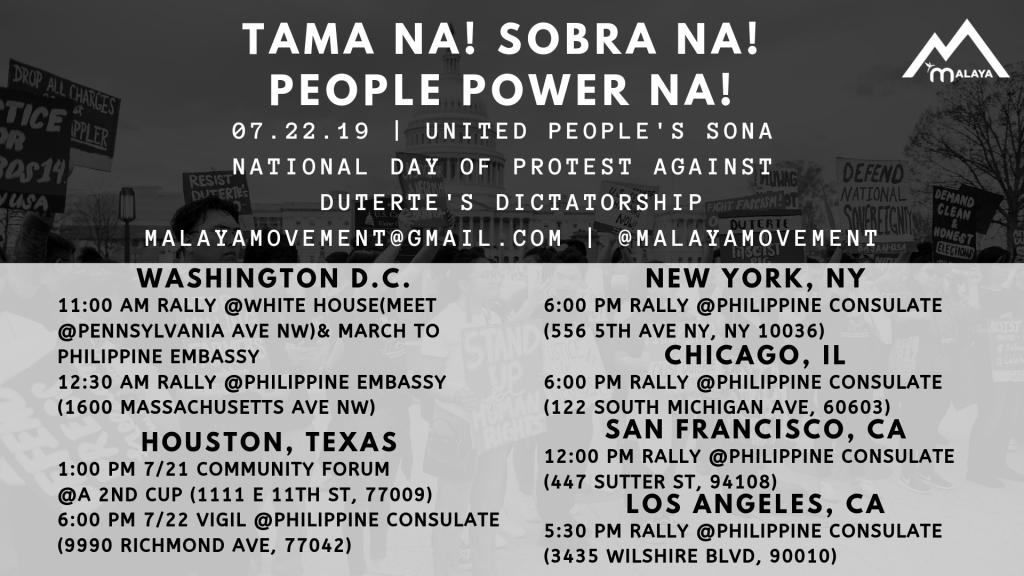