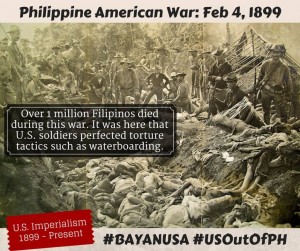 Last week in South Carolina, Republican Presidential Candidate Donald Trump drummed up Islamophobic sentiment amongst his followers by referencing the killings of Moro Filipinos under the command of US General John Pershing. Trump was referencing an incident in which Pershing “dipped bullets in pig’s blood” right before shooting and killing 49 “Muslim terrorists” in Mindanao during the US occupation of the Philippines which supposedly led to peace in the region at the earlier part of the 20th century. 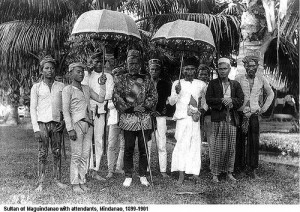 The Bangsamoro people are the Islamicized indigenous people of Mindanao in the Southern Philippines. Islamophobia as a tool of US imperialism originated with the US war on Moros in the early 1900’s–a war which was largely unsuccessful in achieving its goal of colonization and Christianization of the Moro people due to the latter’s strong resistance, cultural preservation, and continuing struggle for self-determination.

While the incident that Trump raised has been widely debunked as a urban legend, what continues to ring true is the killings of Moros under the pretext of a so-called US War on Terror in Mindanao that relies heavily on Islamophobia and the tagging of Moros as terrorists, when in fact this war seeks to take over 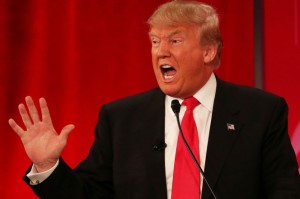 land and extract the rich mineral resources from Moro territories.

As the first Muslim people to be attacked by US imperialism, there have been many killings of Moros by US military in history, including the Bud Dajo Massacre of 1906, the Bud Bagsak Massacre of 1913, and more recently the US-backed Zamboanga Siege in 2013 and US military involvement and supervision over the botched anti-terrorism raid that resulted in the Mamasapano Massacre in 2015. The Moro people continue to struggle for self-determination, resisting over 117 years of US intervention and aggression– including US-led pacification campaigns in the guise of peace negotiations designed to lure into capitulation Moro armed resistance to rampant land-grabbing and militarization on Moro territory.

Now with the newly-signed Enhanced Defense Cooperation Agreement (EDCA), the US is set to not only increase the number of military personnel in the Philippines, but build and operate military installations throughout the country as well. 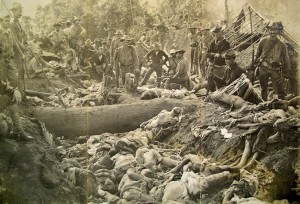 BAYAN USA condemns Donald Trump’s despicable glorification of the killings of Moros to justify the mass execution of Muslims and systemic Islamophobia. We stand with all Muslims under attack because of Islamophobia as a tool of US imperialism to divide and conquer peoples in the interest of super-profits. We stand in solidarity with our Moro sisters and brothers in their struggle for self-determination, and heighten our call for US withdrawal from Mindanao and the Philippines.

US Out of Mindanao and the Philippines!

Down with US Imperialism!

Self-Determination for the Bangsamoro People!