Today, June 12th, marks the anniversary of the Philippine revolution winning independence from Spain after over 300 years of colonial rule.  A historical victory of the Filipino people that should be celebrated, however if we continue down the road of Philippine history it will also mention that this Philippine independence was short lived due to the US engaging in the Philippine-American war immediately after and inserting themselves as the new colonial power. When the US granted nominal independence to the Philippines on July 4, 1946, US colonialism transformed into U.S. imperialism, as the Philippines became a neocolony with puppet regimes doing the bidding to uphold U.S. interests and US military presence to this day. And now, China as a rising superpower has expanded it’s control over the Philippine economy and West Philippine Sea.  Therefore, we raise the question, is the Philippines truly free and independent from foreign intervention?

The Philippines continues to be an export-oriented, import-dependent nation with a backwards economy largely dominated by foreign multi-national corporations and their lap dogs, namely the ruling elite and big business owners benefiting from the unequal trade agreements.  Last November, Duterte signed 29 agreements with Chinese President Xi Jinping to secure funding for his “Build Build Build” program and plunge the Philippine economy into an even deeper debt trap. The flooding of Chinese investments and loans with strings attached have been met with protest due to the landgrabbing of mineral rich areas, the impact on indigenous people’s ancestral land, lopsided trade agreements, and Duterte silence on China’s aggressive occupation of the West Philippine Sea.  This year alone, there have been at least 600 Chinese ships (mainly navy, coast guard or naval militia) surrounding the Pagasa island and multiple cases of harassment of fisherfolk communities such as the 22 Filipino fishermen left at sea after a “hit and run” incident with a Chinese vessel. 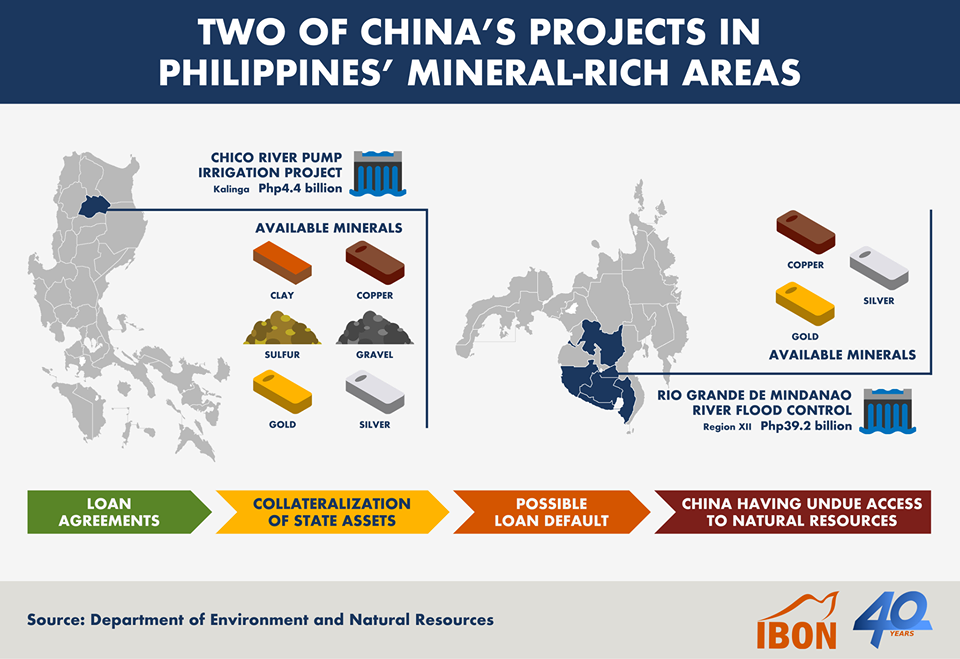 Despite Duterte claiming to promote independent foreign policy, the Duterte regime has only continued unequal military policies and counter-insurgency programs such as Oplan Kapayapaan and Operation Pacific Eagle, that force the Philippines into a subservient position ultimately turning the entire nation into a US military base.  We demand an end to US military and police aid to the Philippines that amounted to $184.5 million in US tax dollars in 2018, as well as lop-sided agreements that protect US military interests such as the Mutual Defense Treaty (MDT), Visiting Forces Agreement (VFA), and Enhanced Defense Cooperation Agreement (EDCA).

We call on the Filipino people and solidarity allies across the United States to unite to hold mass actions on July 22nd, People’s State of the Nation Address in major cities and join the Washington D.C. National Day of Action, to amplify the call to oust Duterte for his subservience to foreign interests and continue the fight for genuine sovereignty in the face of imperialist powers such as the US and China.  We stand committed to the fight for a just and lasting peace in the Philippines which includes our demand for a pro-Filipino and independent foreign policy that protects the natural wealth of our motherland for the benefit of the majority of Filipino people.