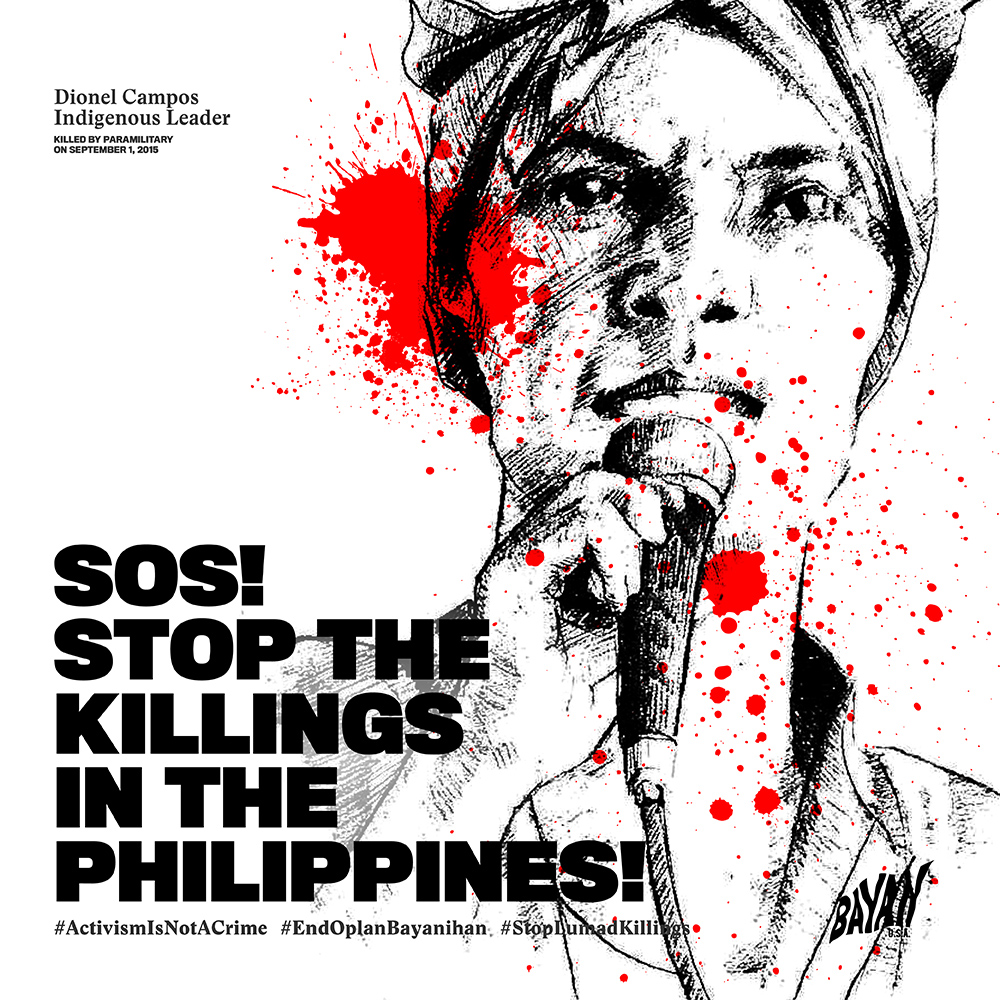 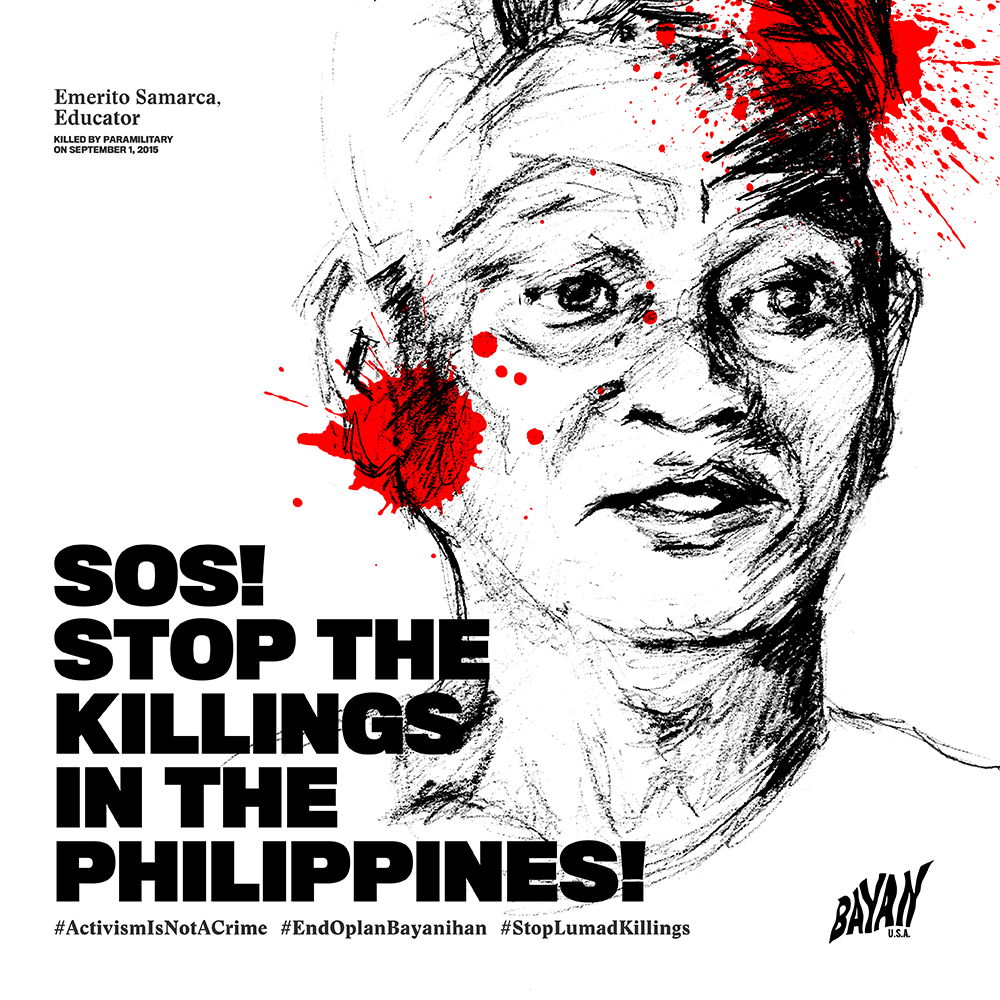 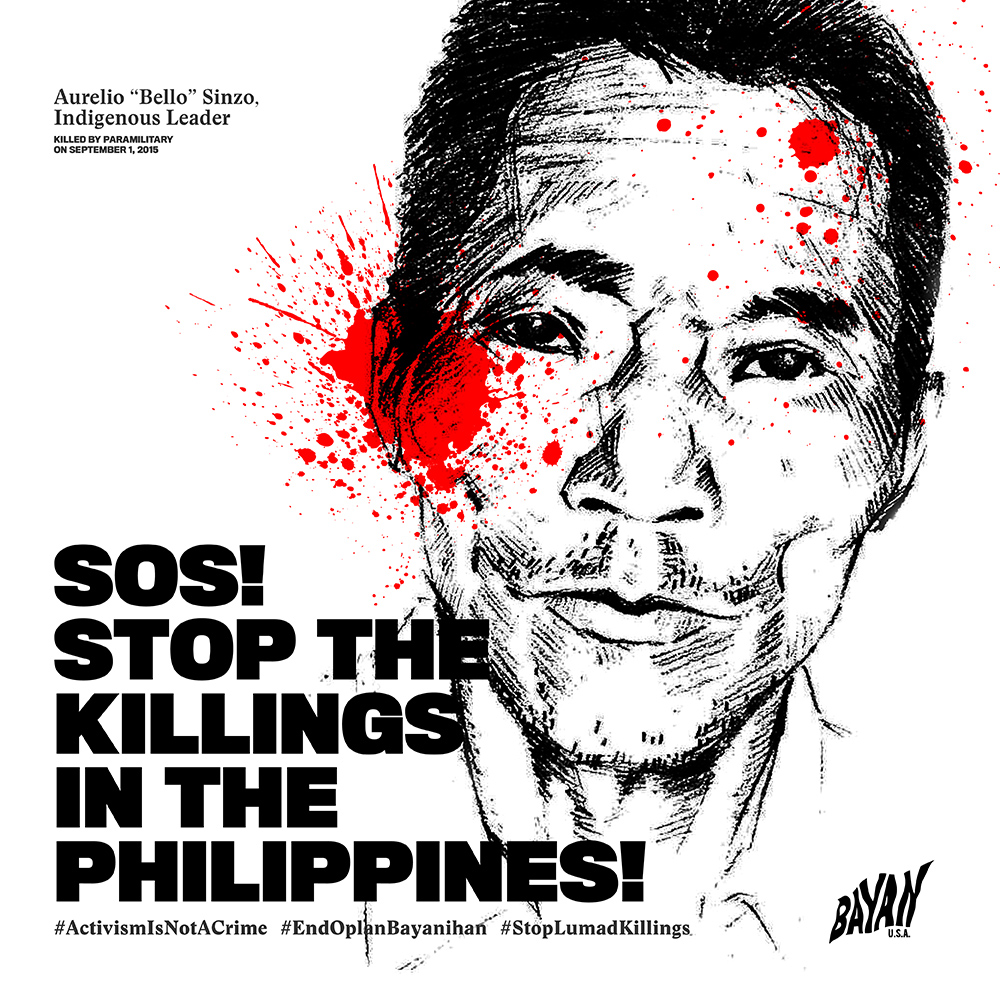 Teaching children is not a crime.

Feeding the hungry is not a crime.

Housing the poor is not a crime.

Murdering people who teach, feed, and care for their communities IS.

Burning down schools and forcing 3,000 people to evacuate their village IS.

Funding human rights abuses and turning a blind eye to the consequences IS.

Condemn the brutal counterinsurgency policy of the Philippine Army, which is receiving military aid from the U.S. to arm, train and direct paramilitary groups that are now terrorizing communities in Mindanao.

PLASTER them in public places

PASTE them on placards and PROTEST at your local Philippine consulate