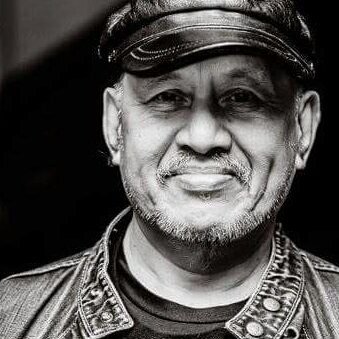 It is with great sadness and inspiration that BAYAN-USA pays tribute to Kasamang Baltazar “Bal” Pinguel, who passed away last Saturday, June 10. We send our heartfelt condolences to Ka Bal’s wife, Chato, his family and loved ones for their loss.

BAYAN-USA remembers and thanks Ka Bal for dedicating his life in service of the Filipino people, and other peoples oppressed by U.S. imperialism. In life and beyond, Ka Bal is an inspiration to generations of young Filipino activists who embrace the cause of genuine national freedom and democracy in the Philippines, including those of us in the Filipino diaspora. As the last open spokesperson of the Kabataang Makabayan before it went underground in the early 70’s, Ka Bal was well-known as a fiery orator who contributed to the agitation of thousands of Filipino youth and students to wage a nationwide anti-imperialist struggle against US military presence in the Philippines, and particular to that time the use of U.S. bases in the Philippines as launching pads for the U.S. invasion of Vietnam and Indochina for over 20 years.

Ka Bal was also a victim of the US-backed fascist dictatorship of Ferdinand Marcos, and was a long-held political prisoner and torture victim who along with eight others led the first mass jailbreak under martial law in 1973. After being arrested and imprisoned again in 1980, Ka Bal participated in a prisoner hunger strike that caught the attention of the international media and led to his release in January 1985. Ka Bal would later help form the largest anti-dictatorship united front in the country– Bagong Alyansang Makabayan or BAYAN– later that year. Ka Bal served as  BAYAN’s first Deputy Secretary-General.

Years later, Ka Bal sought and was granted political asylum in the United States, where he continued as a peace and justice activist with the American Friends Service Committee (AFSC), and as a leader in United for Peace and Justice (UFPJ), a U.S. anti-war coalition founded in 2002 in response to the US invasions of Afghanistan and Iraq.

Ka Bal kept in close touch with comrades in the Philippines as well as with Filipino activists in the US. He supported BAYAN-USA and agreed to serve as an advisor.

In 2016, his final year, Ka Bal was with BAYAN-USA activists and others protesting the burial of Marcos at the Libingan ng Mga Bayani (National Heroes Cemetery) in front of the Philippine Consulate in New York City.

The spirit of Ka Bal and fruits of his example will live on in younger and future generations of Filipino activists in the Philippines and around the world. In this time of intensifying global crisis as well as U.S.-led war, militarism, and neo-fascism, let us best honor him by advancing the Filipino people’s struggle for genuine freedom and democracy in the country, and towards the liberation of the world’s peoples from imperialist aggression, oppression and exploitation.

US Troops Out of the Philippines!

Down with US Imperialism!