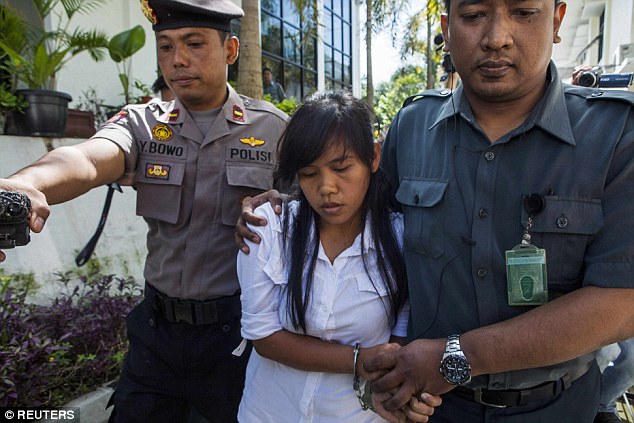 BAYAN USA joins the international movement to save overseas Filipino worker (OFW) Mary Jane Veloso, who’s life hangs in the balance these next 72 hours as it has been reported that she is transferred to a maximum security facility in Indonesia.

We appeal to the Indonesian government to halt her execution as evidence has surfaced confirming Mary Jane is indeed a victim of human trafficking and drug trafficking. Her lawyers are currently in the process of filing a second judicial review.

We amplify our demand on the Aquino government to exhaust every possible way to protect Mary Jane and ensure she is reunited with her family in the Philippines.

The actions taken by the Aquino government for Mary Jane and her family thus far have only been because of pressure coming from the Filipino people and around the world. If not for the international movement to save Mary Jane, the Aquino government’s usual pattern is to turn a blind eye to cases of human trafficking of OFWs, including those trafficked to the United States.

The Aquino government is 100% accountable to Mary Jane and her family for their separation and painful ordeal. The Philippine government is ultimately responsible for the dire societal conditions in the country, such as poverty, hunger, and joblessness, that force over 6000 Filipinos to leave the country daily to work abroad.

In addition, the Aquino government is responsible for Mary Jane’s death sentence in 2010 by failing to provide her with competent legal counsel and Tagalog translation during her trial, failing to pursue an investigation of Mary Jane’s trafficker even when requested to do so by Mary Jane’s Indonesian lawyers years ago, and by failing to file a timely appeal for Mary Jane by lumping her with the Bali 9 and claiming her execution imminent.

Mary Jane is not a criminal, but a victim of a government that not only systemically exports, and traffics, it’s own people to work overseas to the tune of over $20 billion dollars annually in remittances, but a government that fails to protect and come to the aid of its overseas nationals in distress.

Yet, it is the painful sacrifices, the blood, sweat, tears of OFWs like Mary Jane who, through their remittances, provide the artificial boost to the Philippine economy that Aquino deceivingly takes credit for and uses to cover up the country’s deepening economic and political crisis.

Simply put, Mary Jane has only the people to rely on to save her life and bring her justice. Without pressure from the people, the Aquino government will not budge.

We call on our members, allies, and supporters to escalate our vigilance and actions in this period to save the life of Mary Jane Veloso.

BAYAN-USA is an alliance of 18 progressive Filipino organizations in the U.S. representing youth, students, women, workers, artists, and human rights advocates. As the oldest and largest overseas chapter of Bagong Alyansang Makabayan (BAYAN-Philippines), BAYAN-USA serves as an information bureau for the national democratic movement of the Philippines and as a center for educating, organizing, and mobilizing anti-imperialist Filipinos in the U.S. For more information, visit www.bayanusa.org.