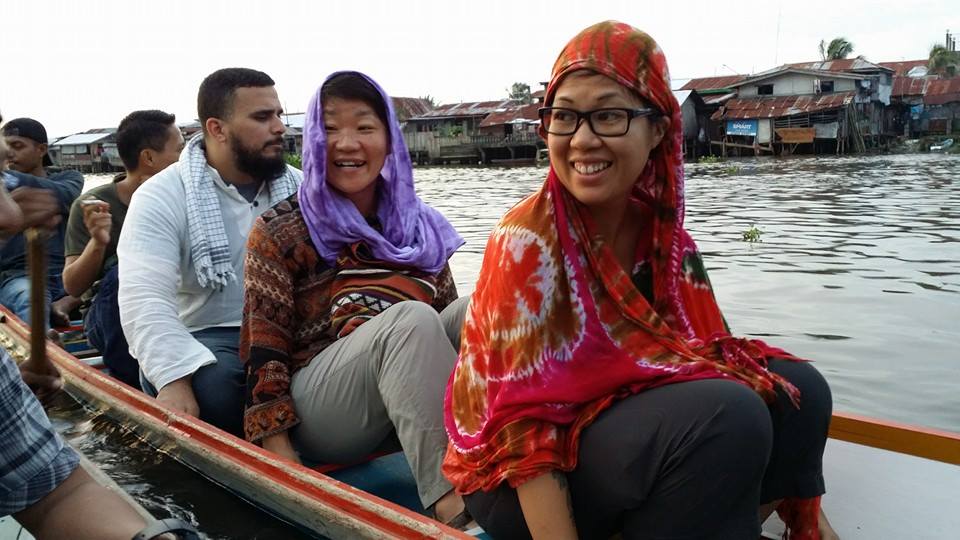 GUEST SPEAKERS:Amirah Lidasan, Spokesperson for Suara Bangsamoro (Voice of the Moro People)Ramon Mejia, Iraq Veterans Against the WarJuyeon Rhee, Nodutdol for Korean Community Development
News of the murder of Filipina transwoman Jennifer Laude on October 11 by a suspected US Marine in Olongapo City has put the question of US military presence in the Philippines via the Visiting Forces Agreement under international scrutiny.

This past summer 3 peace activists from the US– a veteran of the US invasion of Iraq, and 2 activists with the US Out of Asia-Pacific Coalition– traveled to Olongapo City and the Southern Philippines to see the impact of increasing US militarization, counterinsurgency, and people’s resistance on the ground. There they spent time with peasant and indigenous communities, including the Bangsamoro, an oppressed Muslim minority in the country struggling for self-determination despite a strong US pacification campaign. Come listen as they report back on their findings. Discuss ways to support grassroots communities in the Philippines defending themselves from state-sponsored violence, militarization and intervention.

Sponsored by BAYAN USA, International League of Peoples Struggle, Iraq Veterans Against the War, US Out of Asia-Pacific Coalition