Keep the Fox Out of the Hen House:

On Eve of Military Talks, Filipino Americans Condemn Gazmin and Del Rosario’s Invitation to Increase US Troop Presence in the Philippines 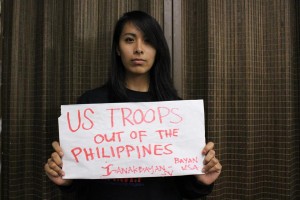 “They’re basically inviting the fox to guard the hen house,” commented BAYAN-USA Chair Bernadette Ellorin, in response to the statement by Philippine Defense Secretary Voltaire Gazmin and Foreign Secretary Albert del Rosario that they will soon undergo negotiations with the United States to increase American military presence in the Philippines.  “It defies logic to ask the U.S. to send more troops into the Philippines to boost the country’s security when the biggest threat to peace in the Philippines is U.S. intervention.”

“Gazmin and del Rosario have conveniently forgotten the Philippine-American War, the rapes of Nicole and Vanessa, the toxic waste dumped at Subic, and the irreparable destruction of Tubbataha Reef,” stated Ellorin. 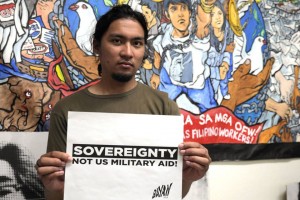 “After more than 100 years and counting of exploitation, it is naïve to think that the U.S. military’s presence will provide any benefit to the Filipino people. U.S. imperialism’s only interest is in exploiting the issue of China’s incursions in order to advance their own geo-political, military and economic agenda.” 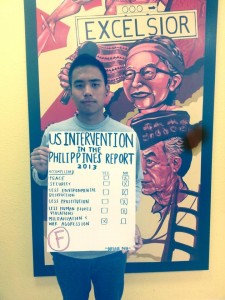 The negotiations will concretize American plans to rebalance the country’s military forces away from the Middle East to the Asia Pacific, a strategy announced by the Obama administration in 2012 and reaffirmed by newly-appointed U.S. Assistant Secretary of State for East Asian and Pacific Affairs, Daniel Russel, who declared at the end of July, “You can count on us to remain deeply engaged in the Asia-Pacific region because our interests are so profound in that region.”  The so-called pivot to the Asia Pacific involves the deployment of thousands of American troops into the region on a rotational basis, along with 60% of its warships and arms. It is expected that the negotiations will result in an agreement that side-steps the Philippine Constitution, which bans foreign bases and troops from being permanently stationed in the Philippines.  Already, the 1999 Visiting Forces Agreement is saturated with provisions considered unconstitutional, allowing American troops and ships to use virtually all of the Philippines’ airports and seaports at will. 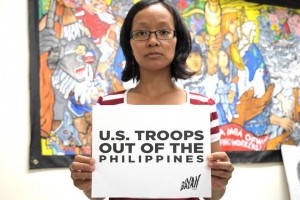 “The Aquino regime is playing right into U.S. imperialism’s plans to pivot from the Middle East to the Asia Pacific—and Filipinos and our neighbors in Korea, Australia and other countries will pay the price with our land, sovereignty, and lives,” said Ellorin.  “We also condemn the U.S. for continuing to trample the rights of sovereign nations and bully its way into the Asia Pacific under the guise of ‘mutual benefit.’  The U.S. military’s domination of the Philippines provides absolutely no benefit to 99% of both the Filipino and American people, and fosters greater tension and insecurity for everyone in the Asia Pacific region.  We call on all people who believe in national sovereignty and genuine peace to oppose any new military access agreement between the U.S. and the Philippines. We must join together to organize a mass movement to reject these false pretenses and stop the militarization of our countries, just like we did when we kicked the U.S. bases out of the Philippines in 1991.”#### 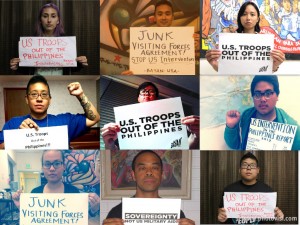