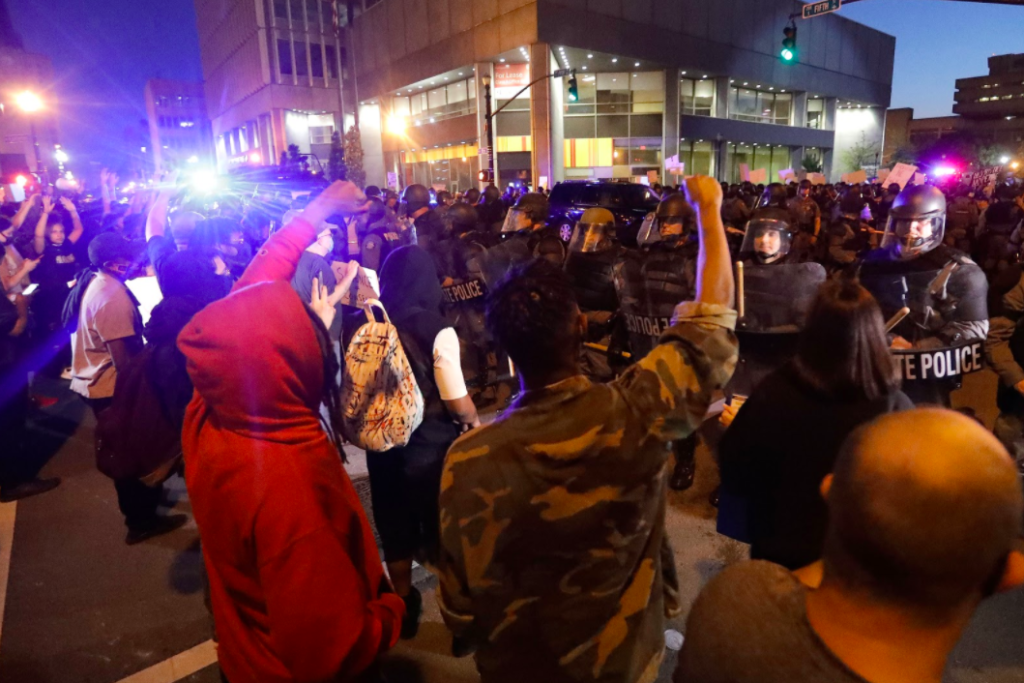 We as BAYAN USA, a member organization of the National Alliance Against Racist and Political Repression (NAARPR), express our solidarity with the Black community under attack by police violence and with the righteous protests that have erupted across the country. We call on our member organizations and the Filipino community at large to protest, organize, and demand justice for the killings of George Floyd, Breonna Taylor, Ahmaud Arbery, Tony McDade, and all victims of racist police repression and state fascism.

Uprisings and protests have erupted in over 26 major cities across the United State in righteous outrage, demanding justice for those brutally executed by the state and its white supremacist agents. George Floyd, 46 years old, was a beloved security guard who was choked to death with a knee to his neck for nine minutes. Breonna Taylor, 26 years old, was a daughter, frontline worker and emergency medical technician (EMT) shot eight times in her own apartment. Ahmaud Arbery, 25 years old, was a son, aspiring electrician, and athlete lynched by racist vigilantes while jogging. Tony McDade, 38 years old, a transgender man and victim of a hate crime was killed by police in Tallahassee, Florida.

The escalating militancy of the masses must be recognized as a just response to the warfare being waged on them by the oppressive ruling class, whose icons are rapidly being set ablaze: police cars, precincts, corporate retail stores, and gentrifying luxury condominiums. As a result of these protests, Derek Chauvin, the white police officer who lethally choked George Floyd, was arrested, though he was only charged with murder and manslaughter. These protests will only grow as they reflect deep contradictions in class society, where the rich—protected by the fascist police, National Guard, and other state security forces—keep getting richer as the poor suffer and are killed in hospitals, workplaces, and in the streets.

Decades of outright police brutality and murder of Black people compounded with mass unemployment, inadequate health care, workplace protection and social supports are precipitating this wildfire of revolts in the new decade. Even long before the pandemic, Black working-class people have borne the brunt of state violence in this country, not only dying in droves at the hands of an anti-people healthcare system but being murdered and terrorized in the streets by the racist fascist state.

As the state continues to expose its rotten core, we call on the Filipino community to rise up for Black liberation. Filipinos both at home in the Philippines and here in the United States are oppressed and murdered by the same imperialist system, and racially discriminated against in the U.S. Our struggles are distinct but share a common enemy and aspiration for change.

To fight for Black lives means to fight against a system that prioritizes profit over people, to overturn a fascist state that will not hesitate to terrorize working-class communities in order to protect private property and the interests of the ruling class. We must educate, organize and mobilize to dismantle this unjust capitalist, racist system. Let us build a truly pro-people socialist society that protects the rights and dignity of Black and oppressed communities.