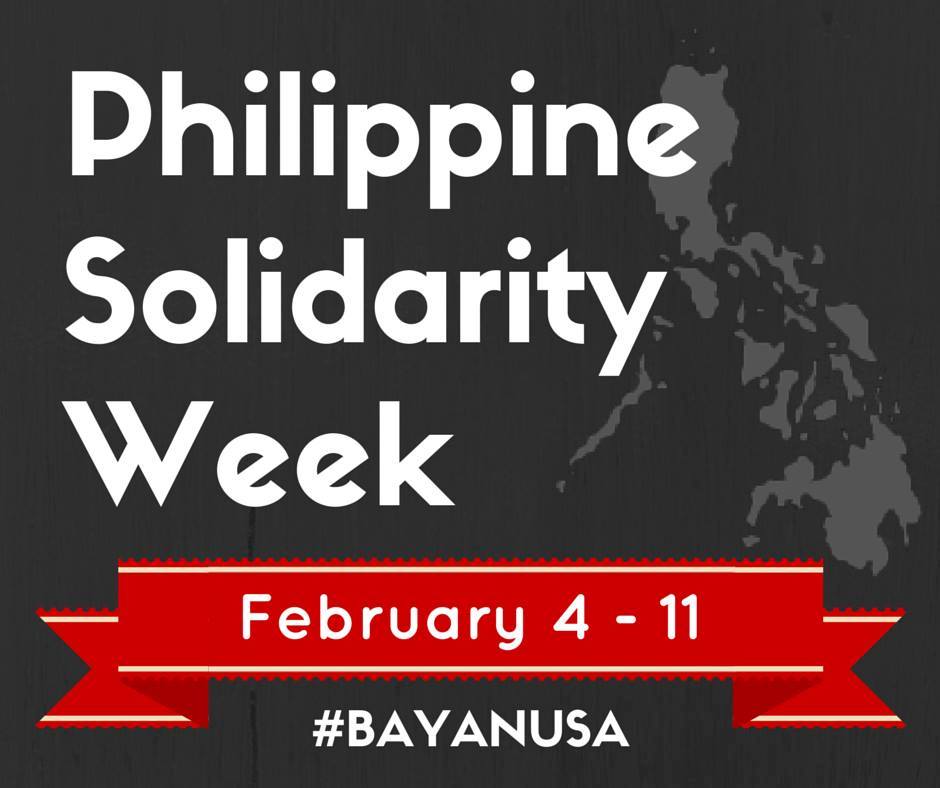 February 4, 2018 marks the 119th anniversary of the Philippine-American War.

Though history books will tell you that this war ended in 1902, and “independence” was given to the Philippines in 1946, our National Democratic movement recognizes that the fight for genuine independence for the Philippines continues to this day.

The United States still has its imperialist chokehold on the Philippines, with Duterte as its murderous puppet.  Duterte’s three dirty wars against the people have resulted in more than 13,000 people killed alone in the Drug War, more than 400,000 people displaced due to martial law in Mindanao, and a rise in extrajudicial killings and illegal arrests of activists and community organizers. In a recent example of intimidation and harassment, on January 30, the Manila Office of the City Prosecutor issued a subpoena against Anakbayan Chairperson Vencer Crisostomo, Secretary General Einstein Recedes, Rep. Carlos Zarate and Teddy Casino of Bayan Muna, and Renato Reyes of Bagong Alyansang Makabayan (BAYAN), for bogus charges of direct assault with physical injury, resistance and disobedience to a person in authority, and violation of Public Assembly Act of 1985 in connection with the massive anti-Trump protests last November.

While Trump was on his imperialist tour of Asia, he pledged to provide $14.3 million dollars of military aid and “rehabilitation” in Marawi and $2 million to Duterte’s Drug war. The U.S. has provided over $85 million in counterterrorism-related equipment, training and support to the Philippine military. The new U.S. “counter-terror” operation Pacific Eagle: Philippines, was recently exposed at the beginning of this year, even though Duterte and the U.S. made it official in September of 2017. In 2018, Trump is asking for $64 billion for this program that allows the U.S. to have a stronger military presence including direct military intervention in the Philippines, which is a violation of the Philippine Constitution.

The U.S.-Duterte regime is combining the worst of each of his predecessors into his one man show: the corrupt cronyism and family dynastic behavior, the rise of impunity of the military and police, the fascist and violent attacks on communities, and the tactic of maintaining power through the rule of fear, subjugation, and manipulation.

We call on everyone who supports the fight for Philippine Independence to join BAYAN USA’s Philippine Solidarity Week of Action!

US Out of the Philippines!