Immediately after U.S. President Trump’s visit to the Philippines in November 2017 and his
expressed support to Philippine President Duterte’s “War on Drugs”, war on the Moro and
Lumad people, and counter-insurgency war, we have seen a rapid deterioration of the
human rights situation in the Philippines. On the heels of 13,000 “drug war” victims, and continuing killing of the poor, in the last few weeks, there has been daily reports of extra-judicial killings of human rights advocates, faith-based leaders, along with harrassments, evacuations, and massacres of peasants and indigenous communities. 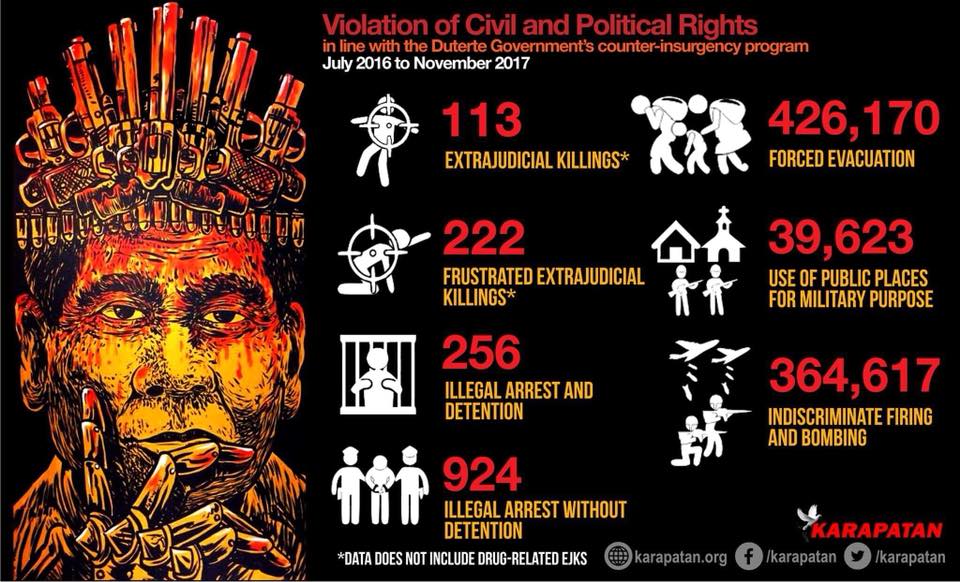