Global Day of Action for Food and Justice for the Victims of the Kidapawan Massacre! JOIN 24hr FASTING in Solidarity with Farmers in the Philippines! 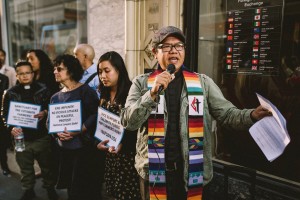 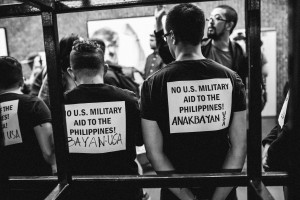 BAYAN USA Joins the Global Day of Action for Food and Justice on April 8, 2016 by calling on all members, allies and friends to join members of the International Committee on Human Rights in the Philippines (ICHRP) USA Network’s call for a 24-hour Fast in solidarity with the victims of the Kidapawan Massacre. The 24-hour solidarity fast with the farmers and Lumad victims of the Kidapawan massacre will launch on April 7 at 6 PM PDT (April 8 at 9 AM in Philippines).

By joining this fast, you, your organization, and your community can stand in solidarity with the farmers and indigenous people in Cotabato and raise awareness about the issue.

For details click on the FB Event: Solidarity Fast with Victims of Kidapawan Massacre

ALL YOU NEED TO DO IS:

During your fast, we encourage participants to fundraise and gather donations by asking for sponsors to contribute $$ per hour, per meal or for the entire day. Donations can be made on www.tinyurl.com/kidapawandonate.

Break your fast with other #Fast4FilipinoFarmers participants, and post the photos with the official hashtags! Thank you for your support, and long live the protesting farmers of Cotabato!”

BACKGROUND: On the morning of April 1, 2016 more than 5,000 farmers and community members staged a protest in the city of Kidapawan-Cotabato, Mindanao demanding immediate relief and aid from the Philippine government due to the severe drought in the region when combined forces of the Philippine National Police (PNP) and Armed Forces of the Philippines (AFP) opened fire into the crowd including children, killing at least two and injuring more than 116 people. The PNP and AFP continue to harass and intimidate the victims by barricading them in the Methodist Church they sought refuge in. Many supporters of the farmers have donated rice including Filipino Actor Robin Padilla, however their generosity was met with closed doors from the Provincial Government of Lala Talino-Mendoza who took it as an insult to her leadership.

The Aquino government must also be held accountable for the overall criminal neglect of the conditions of the farmers during the time of El Nino-induced drought. The Aquino legacy is filled with massacres: the Mendiola Massacre, Hacienda Luisita Massacre, the Maguindanao Massacre, the recent increased violence against Lumad in Mindanao, and now the Kidapawan Massacre. Aquino, the PNP, the AFP, and the Provincial Government are all guilty!

We are calling on the international community to join us in demanding justice for the Kidapawan Massacre! We DEMAND the Aquino government: