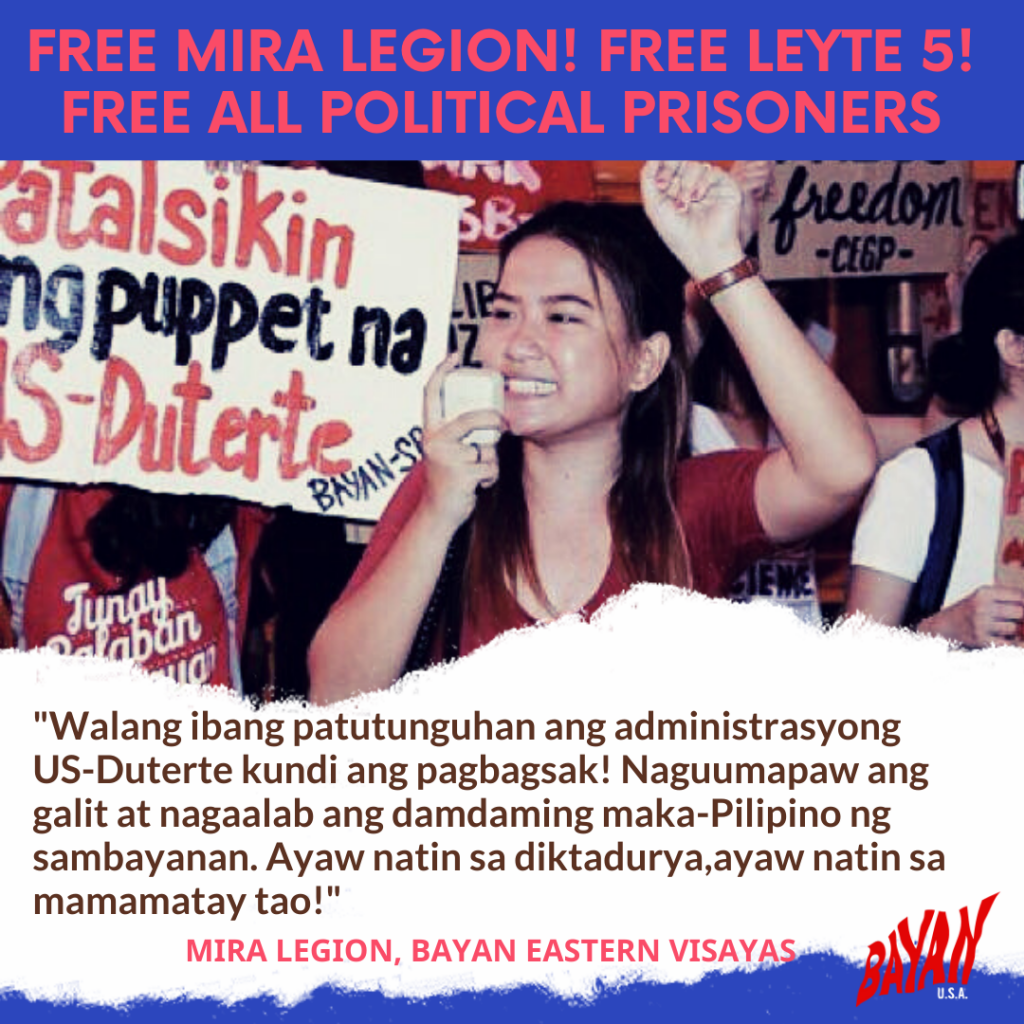 “We condemn Duterte’s despicable attacks on human rights defenders in Leyte, Eastern Visayas Philippines. The regime continues to employ arrests on trumped up charges, wide-scale raids, and brute violence to crack down on anyone who opposes Duterte’s reign of terror. This shows to the world that martial law, in fact, rules the country, even if it has been formally ended in name,” stated Rhonda Ramiro, Chairperson of BAYAN USA, in response to today’s simultaneous raids of offices of progressive organizations including BAYAN Eastern Visayas, Karapatan, People’s Surge, Rural Missionaries of the Philippines and Anakpawis, which resulted in the arrest of five people.

BAYAN USA demands the Duterte regime to stop the blatant attacks on progressive organizations and the immediate release of the Leyte 5:

“Duterte’s fascist repression will fail to prop up his regime for long. The people will continue to respond with relentless opposition, invoking the spirit of the First Quarter Storm, that 50 years ago today lit a fiery, long-burning resistance against the Marcos dictatorship–and ultimately toppled it,” continued Ramiro.

BAYAN USA calls on its members and all people who stand in solidarity with the Filipino people in our fight against the rotten fascist U.S.-Duterte regime to organize indignation rallies calling for release of the Leyte 5 as well as all political prisoners! 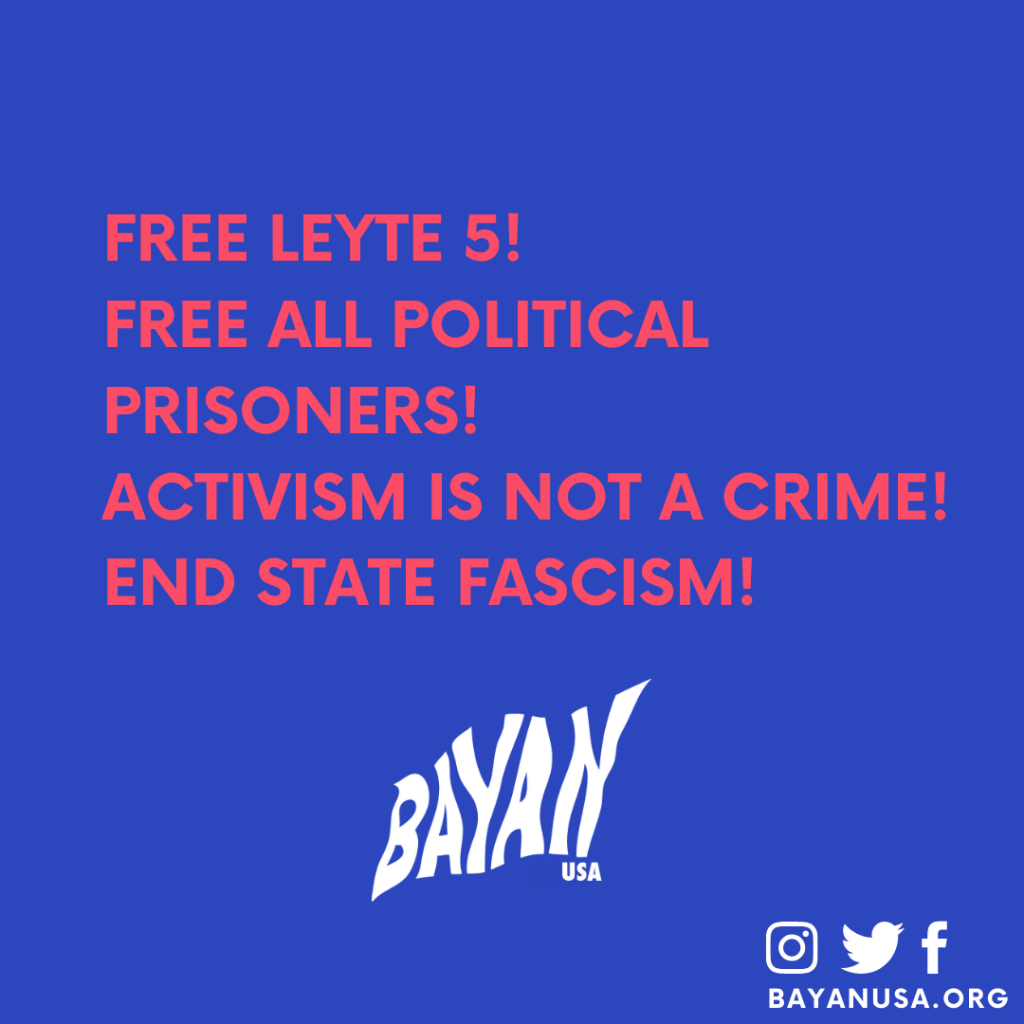