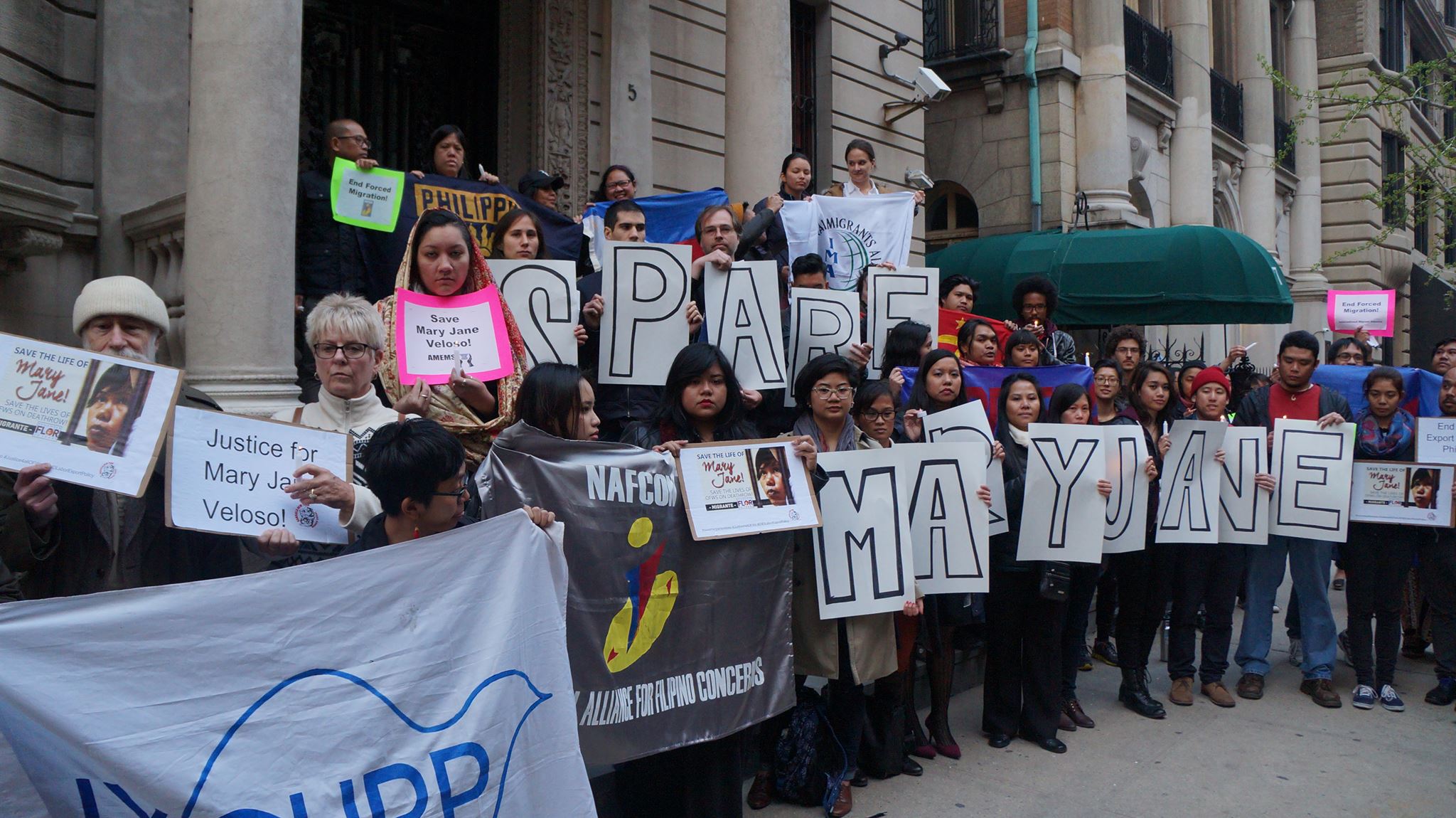 NEW YORK– Over 70 Filipino-Americans and concerned community members gathered in front of the Indonesian Consulate in Midtown Manhattan today as part of international actions to save the life of Filipina domestic worker Mary Jane Veloso, who is awaiting an execution order to be carried out by firing squad in the next 24 hours in Indonesia.

“The death penalty is a violent and inhumane punishment that has no place in today’s criminal justice system,” stated Kalaya’an Mendoza of Amnesty International. “I urge the Indonesian authorities to stand for human rights and stop the execution of Mary Jane Veloso.”

Many expressed strong criticism against Philippine President Benigno Aquino III’s neglect and failure to investigate Mary Jane’s claim that she was trafficked and duped into carrying drugs by an international drug syndicate when she was convicted and sentenced to death in an Indonesian court in 2010.

“Mary Jane’s life is a tragedy, a tragedy born from poverty, from corruption, from joblessness, from forced migration, and from government neglect,” stated Bernadette Ellorin of BAYAN USA. “It is the Aquino government that turned its back on Mary Jane years ago. Despite his last-minute token appeal to the Indonesian government, Aquino’s actions are five years too late. Aquino’s lack of concern and timely action for Mary Jane Veloso will be at the cost of her life.”

“6000 Filipinos leave the Philippines everyday to seek work abroad through the Philippine government’s Labor Export Policy, the majority of those who work abroad are women,” states Jennine Ventura of Gabriela New York. “They work abroad in pursuit of a decent livelihood since life in the Philippines is getting harder under Aquino. Yet more migrant women workers face discrimination, abuse, and–in the cases of Flor Contemplacion and Mary Jane Veloso–death.”

Organizers and supporters vowed to continue with actions this week, whether or not the execution moves forward, beginning with a vigil in Union Square at 6pm tomorrow, Tuesday, April 28. They wrapped up the vigil by calling for Aquino’s resignation or, should he refuse to step down, ouster. 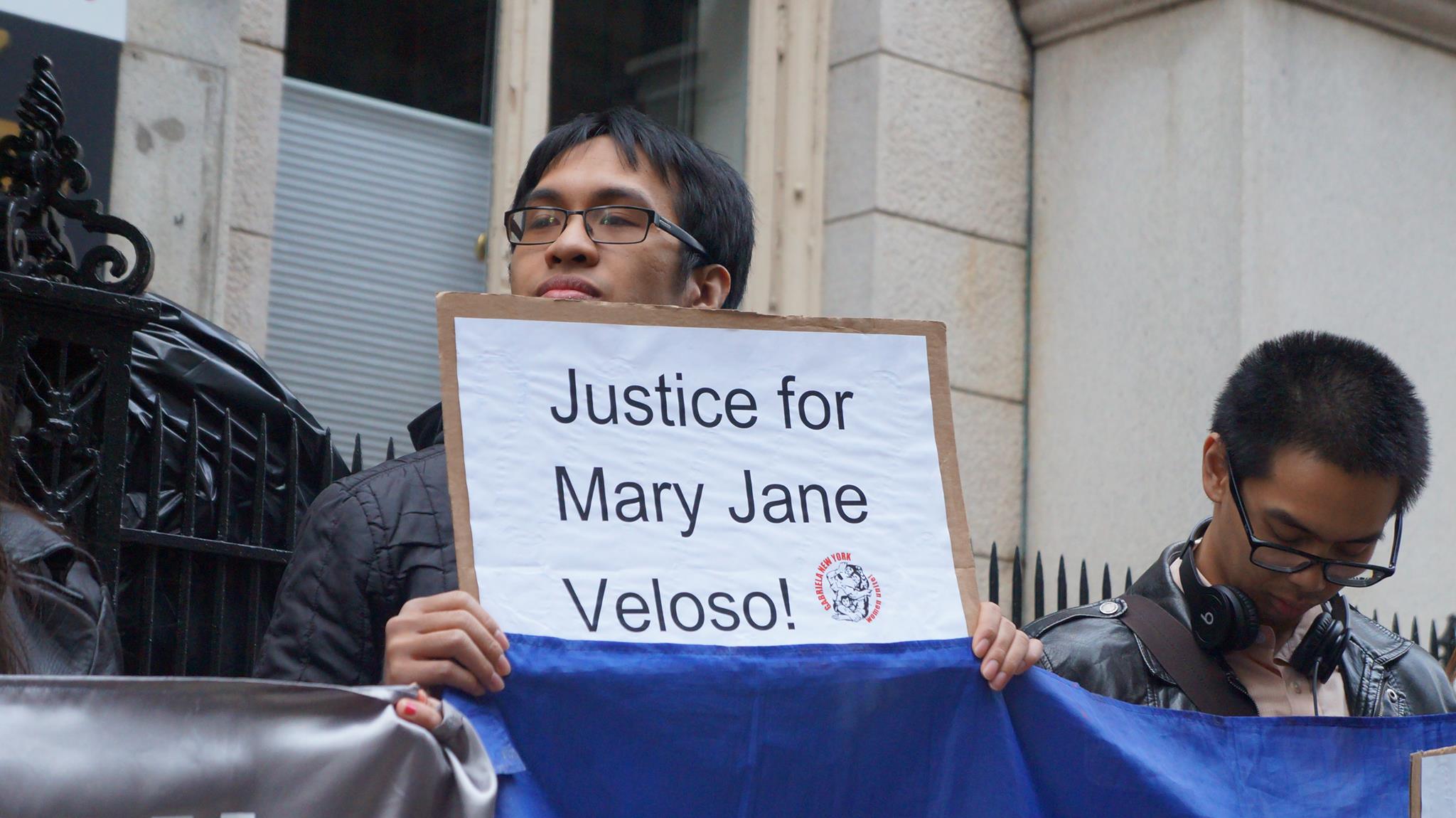 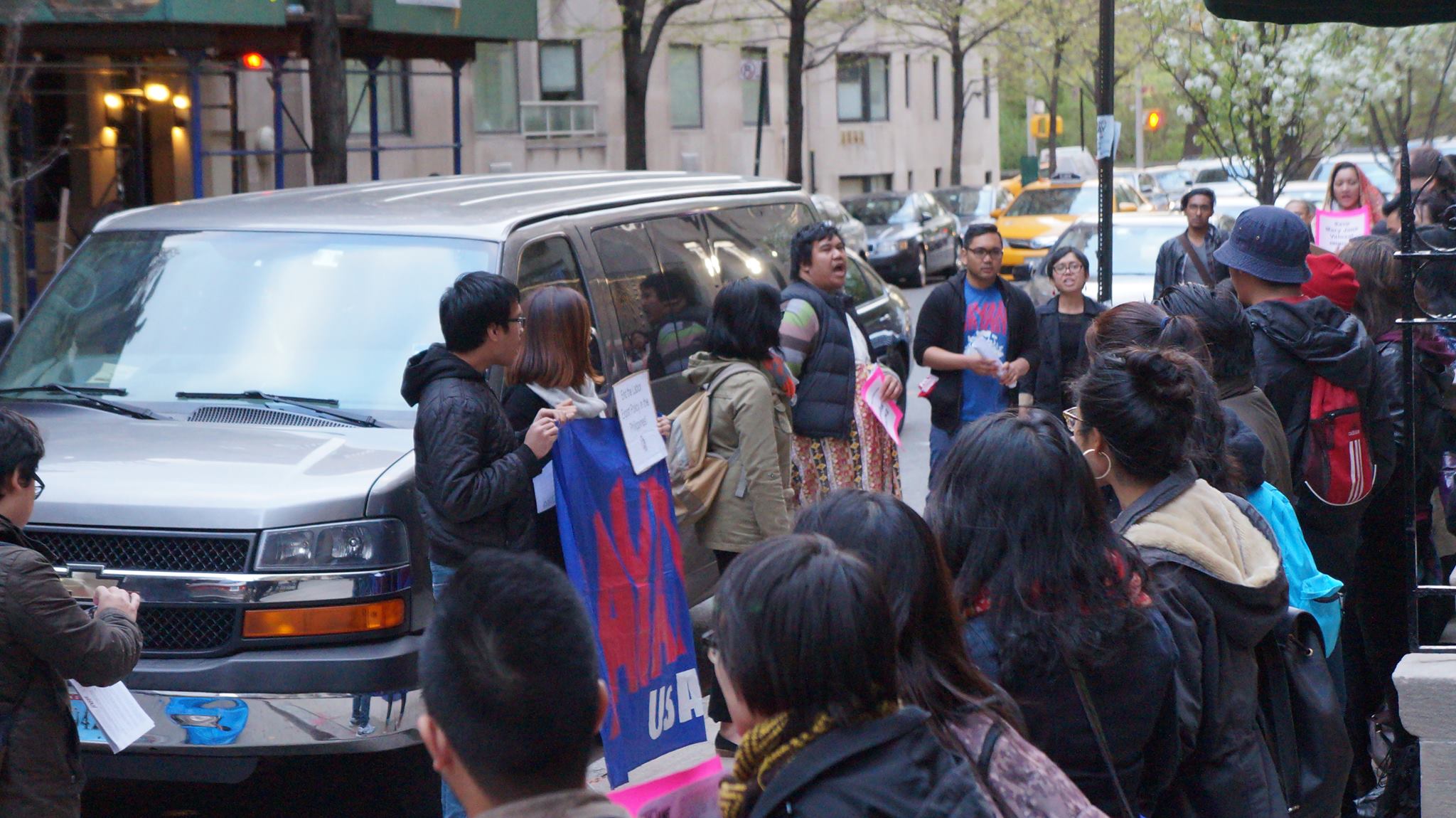 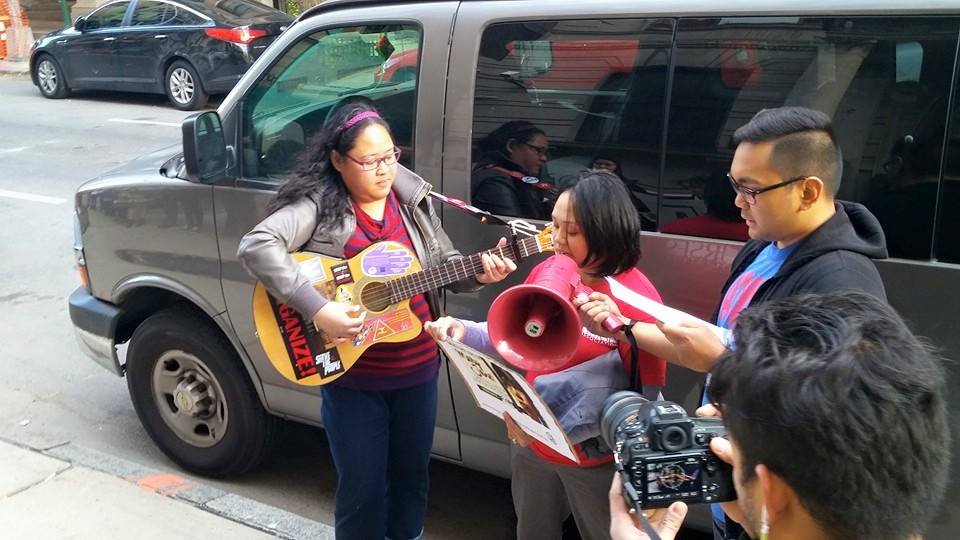 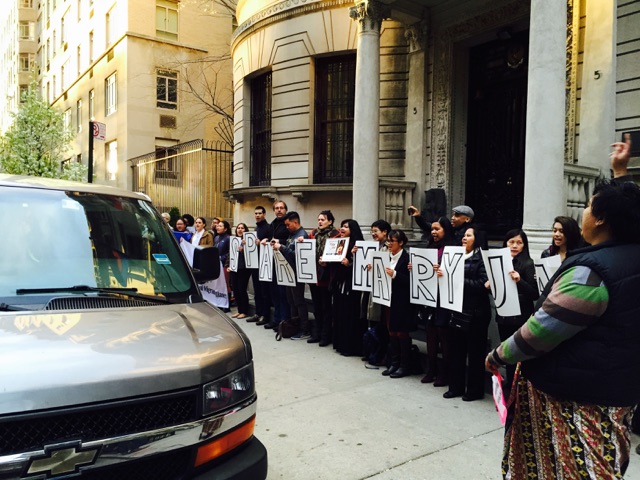