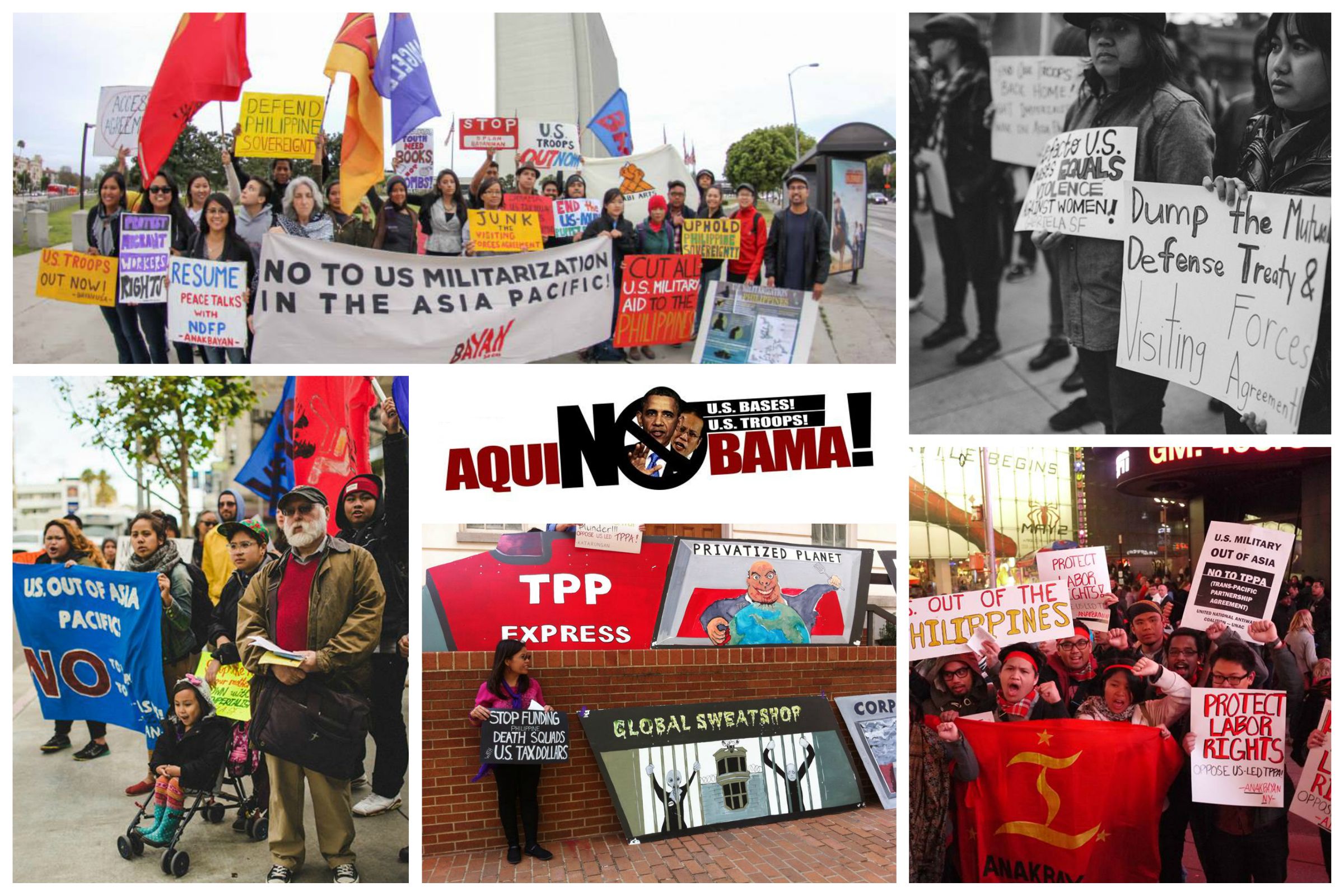 “June 12th is supposed to be Philippine independence day. But in reality, the Philippines is anything but free because superpowers like the U.S. and rising bullies like China violate our sovereignty with impunity,” stated BAYAN-USA Chair Bernadette Ellorin.

BAYAN USA is responding to calls for an international day of action to defend Philippine sovereignty against incursions by foreign countries.  “On Independence Day, our alliance is taking a stand with Filipinos around the world to demand an end to the U.S. and China’s aggression and intervention in the Philippines.”

History of Colonialism and Foreign Intervention, at the Expense of the Filipino People

For centuries, foreign powers colonized and dominated the Philippines economically, militarily, politically and culturally.  Even after granting independence to the Philippines in name in 1946, the United States in practice has extended its hold on the Philippines through neocolonial arrangements brokered by puppet governments, from Roxas to current president B.S. Aquino.  Through dozens of treaties since 1946, the US has denied the Philippines true sovereignty and freedom.  In April 2014, the US expanded its foothold even further, by enacting the new Enhanced Defense Cooperation Agreement (EDCA) which allows the American military to station and utilize forces, ships, equipment and other war materiel on Philippine territory, including places where civilian communities live. The EDCA is considered even worse than a throwback to the days when the world’s largest US military bases (outside of the US) operated in the Philippines, because now the US military is not confined to bases and can position itself virtually anywhere in the country.

Over the past few years, China has acted increasingly more aggressive in claiming territory in the West Philippine Sea/South China Sea that belongs to the Philippines. China has begun occupying shoals off of Masinloc, conducting destructive reclamation of fragile reefs, and building military installations on islets in the region.  The Chinese navy has also been blocking Filipino fisherfolk from accessing the area, even though these fishing communities have relied on the region for their livelihood for generations. These actions violate Philippine sovereignty and the UN Convention on the Law of the Sea, conventions on the environment and the freedom of navigation in the high seas.

An Empire in Decline vs. a Rising Giant

Today, Philippine sovereignty is under increasingly aggressive attack by both the U.S. and China, who are competing to establish their hegemony over the Asia Pacific region.  The biggest loser in this conflict is the Philippines, which is getting caught in the crossfire of disputes by these two foreign powers.

Why the dramatic spike in interest in the region? It is a dangerous game for geopolitical power and resources. China is trying to become a bigger global power, which needs to acquire prime territorial positions and resources. The US is a superpower in decline, attempting to protect and expand its domination in the Asia Pacific region. The disputed region in the West Philippine Sea contains vast and viable petrochemical and gas deposits; rich marine biodiversity; and sea lanes that facilitate much of the global trade and shipping for the entire region. At the same time, the area is a key location for military positioning in the region. It is central to the U.S.’ plans for its “pivot to the Asia Pacific,” a military strategy announced in 2012 which calls for the shifting of 60% of American military forces abroad to the Asia Pacific region.

Unified Power of the People Is the Only Solution

“Since the Aquino government has failed to defend Philippine sovereignty, the Filipino people must unite and rely on our own strength to assert our national sovereignty,” continued Ellorin. “We must demand that the government adopt a foreign policy that prioritizes self-reliance and independence, and that caves in to neither the U.S.’s or China’s interests, nor any other country which tries to exploit our people and territory. That includes the termination of unequal treaties and agreements that harm national sovereignty.  We also need to use people power with strategies like protests, boycotts and sanctions to pressure foreign governments to stop their acts of aggression and intervention in the Philippines,” ended Ellorin.

Demand US-China Out of the Philippines

Defend the Philippines from Foreign Intervention 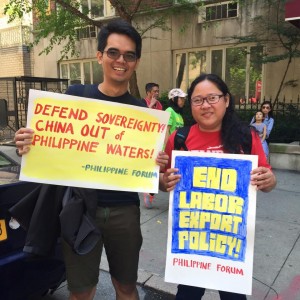 Stand up for Philippine sovereignty by participating in the International Day of Action on June 12, 2015.

1. Join Actions near you or conduct protest actions against the governments of the U.S. and China, and demand that they stop violating Philippine sovereignty and stop using the Philippines as a pawn in their power play

4.Write letters and/or call representatives of the U.S. and Chinese governments to demand an end to military and economic agreements, military aggression, and economic aggression that violate Philippine sovereignty and threaten the lives of Filipino people