The U.S. government’s treatment of Mindanao-based peace activist Jerome Succor Aba is utterly reprehensible. Aba was subjected to physical and psychological torture while detained incommunicado for 28 hours inside the San Francisco Airport by U.S. Customs and Border Protection of the Department of Homeland Security (CBP-DHS) from April 18-19, 2018.

There is no justifiable reason for immediately handcuffing Aba upon his arrival at SFO while he was waiting in line at customs. Aba was treated like an “enemy combatant” by the CBP, barking at him that he had no rights, denying him access to a lawyer, shoving him from room to room for interrogation by multiple CBP agents armed with rifles, forcing him to strip naked and sit in a stainless steel room facing an industrial-sized electric fan blowing cold air, depriving him of sleep and adequate water and food, repeatedly threatening to shoot him, and accusing him of being a “terrorist.”

“The U.S. Department of Homeland Security is trying to cover up what they did to Jerome on US soil. We can’t let them get away with it. Why else would the CBP try to cover up its actions by claiming its denial of entry and removal of Aba was based on technical grounds of inadmissibility? Why else would the CBP force Aba to sign a blank piece of paper and record a video statement saying that he was not tortured?” Stated Bernadette Ellorin, chairperson of BAYAN USA.

BAYAN-USA denounces the CBP-DHS’s treatment of Aba and demands the U.S. government’s accountability for its Guantanamo-style repression of detainees.  These actions fit a pattern of repression aimed at criminalizing and silencing activists by utilizing immigration policies and so-called anti-terror laws—and dismissing the legal boundaries of these laws whenever convenient. We also denounce the CBP’s subsequent cover-up and demand a thorough investigation into the agency’s treatment of Aba. Until then, the CBP’s detention and interrogation operations at SFO should be shut down so that no other detainee will be subjected to such inhumane treatment.

In addition, BAYAN-USA denounces the Philippine Consulate in San Francisco’s response to Aba’s ordeal as feeble and grossly inadequate.

“The consulate has a responsibility to look after the well-being of its nationals, but they simply accepted the CBP’s claims that Aba was being treated well and did nothing to investigate whether these claims were true. It was only after calls from all over the country and an in-person visit by community members did the Consulate lift a finger to contact CBP to inquire into the situation of Aba.” added Ellorin.

When Aba was detained at the airport, Filipinos, human rights advocates, and church and community organizations conducted an action at SFO for 16 hours, demanding that Aba be released and allowed to enter the U.S. to participate in Ecumenical Advocacy Days and the Stop the Killings Speaking Tour and People’s Caravan for Peace and Justice in the Philippines. When Aba was sent back to the Philippines, many more people across the country protested the U.S. government’s unjustified detention and removal of Aba in New York City, Boston, Chicago, Los Angeles, and Portland.

Now that Aba has bravely spoken up about the torture he endured and the denial of his rights at the hands of the CBP-DHS, we can only expect thousands of more people to be inspired to join the movement for Justice for Jerome, justice for all victims of human rights violations, and an end to fascist repression. 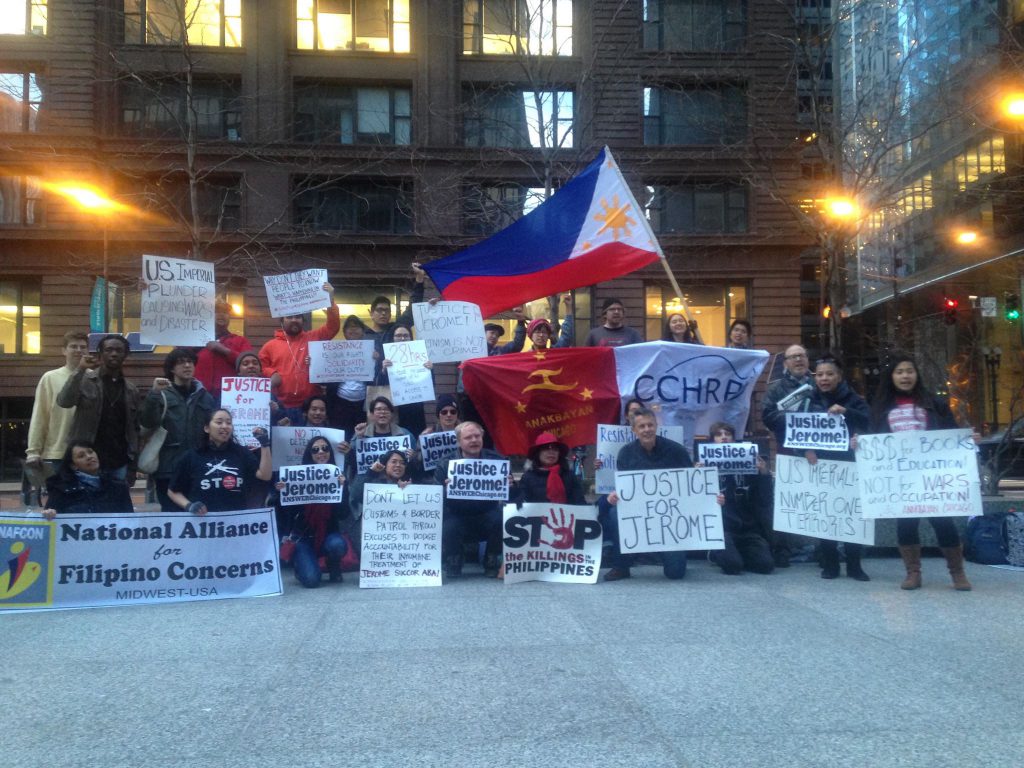 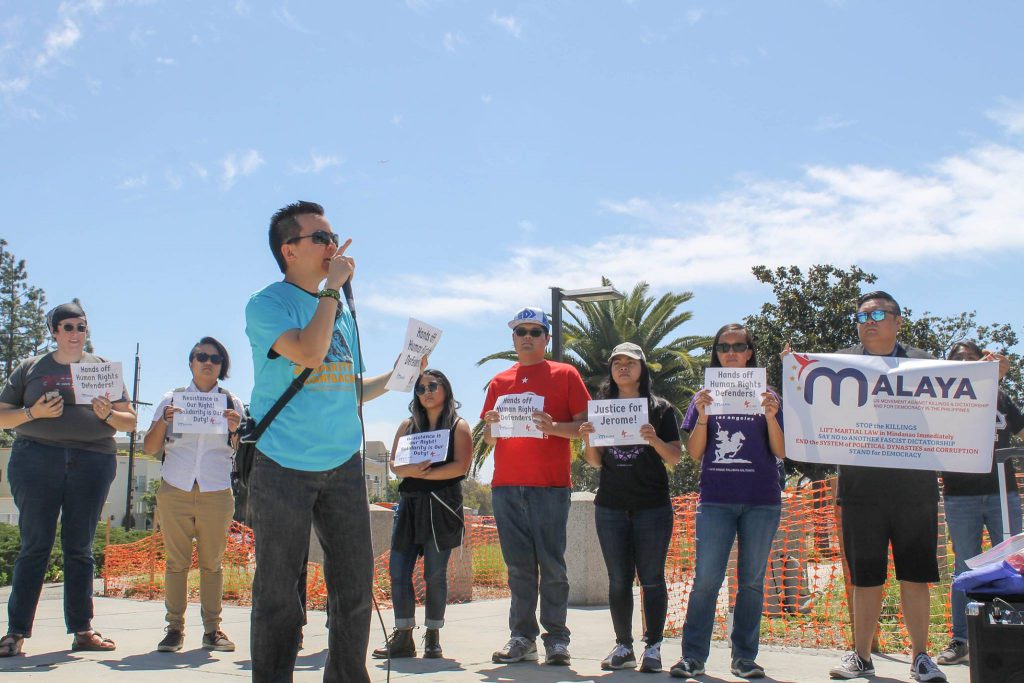 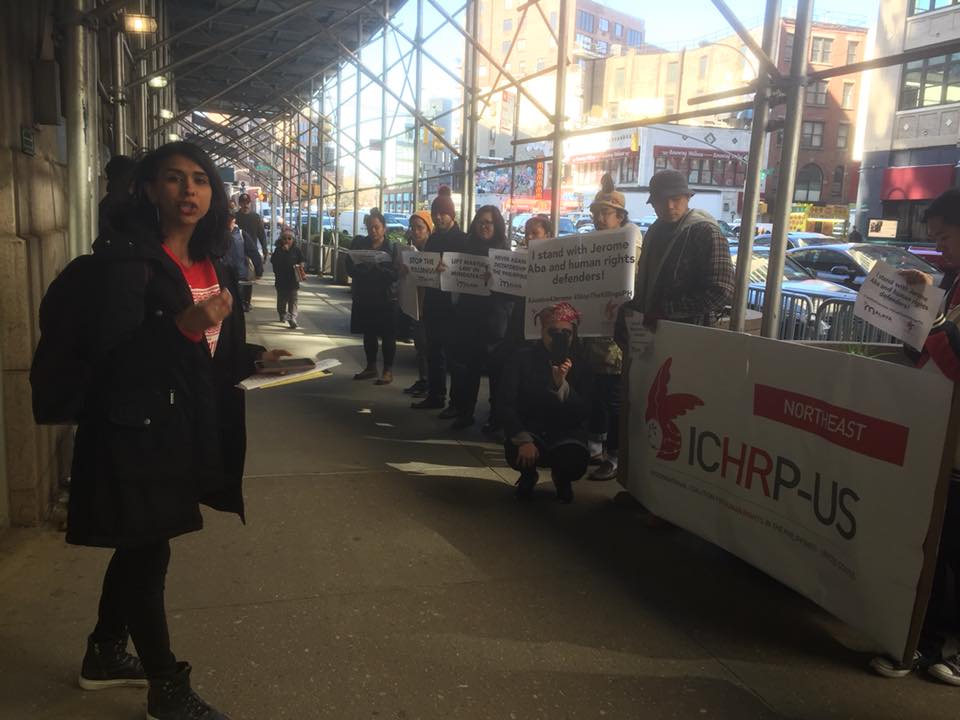 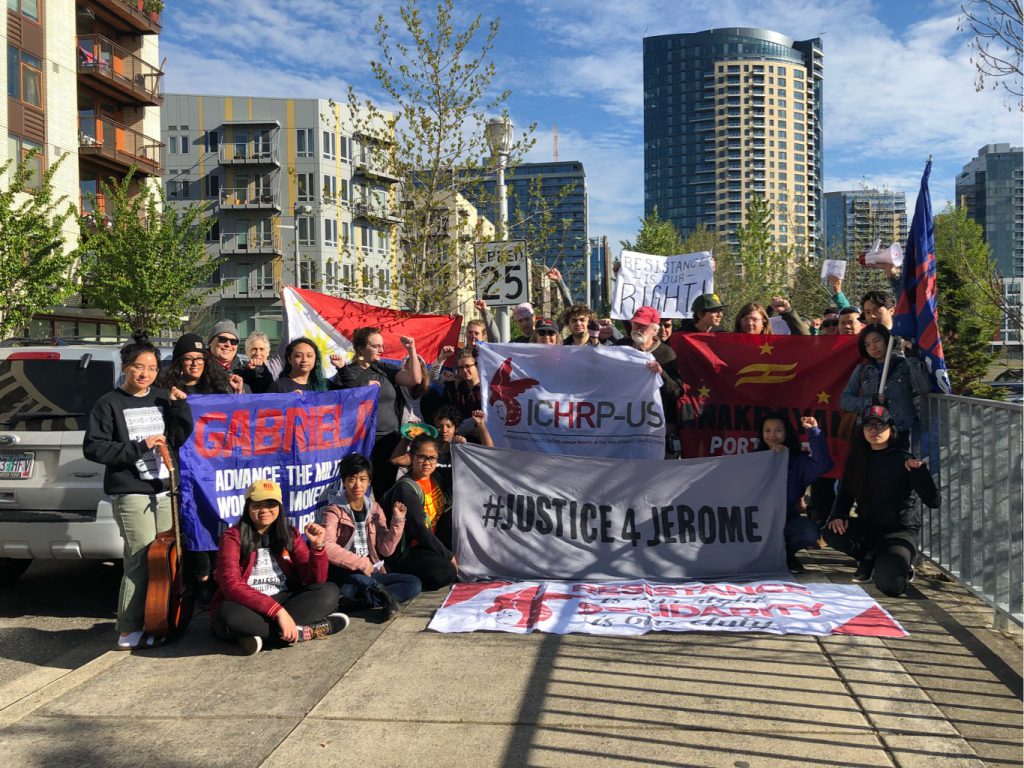 For full video of the press conference held in the Philippines April 21st, 2018, click HERE. For ICHRP US Press statement with quotes from Jerome Aba visit ICHRP US