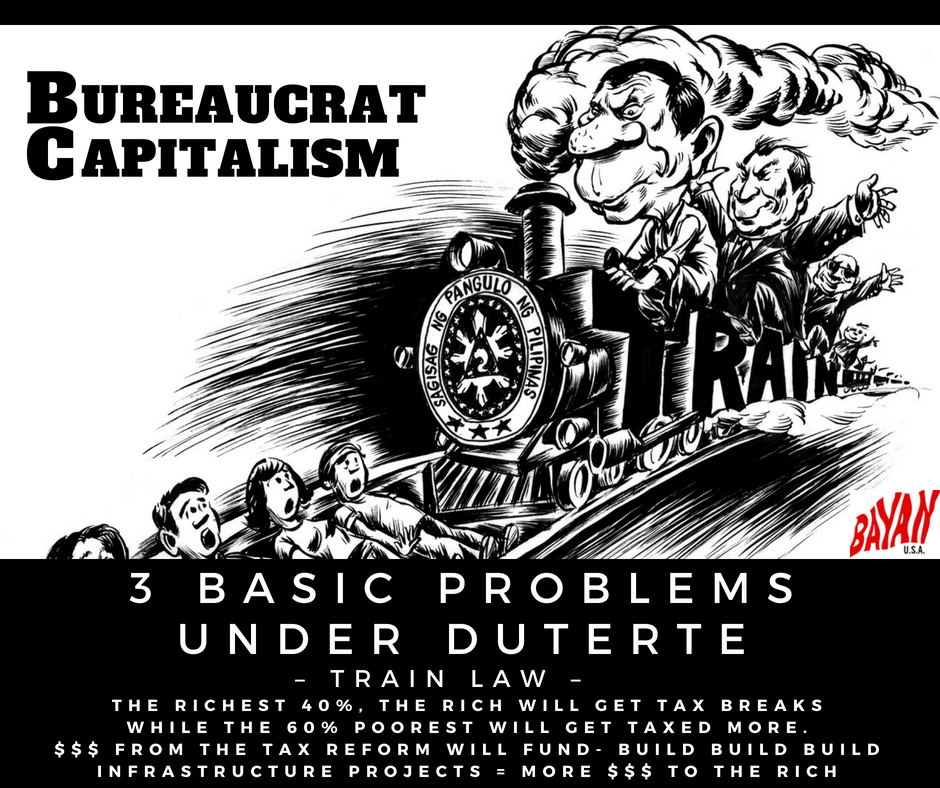 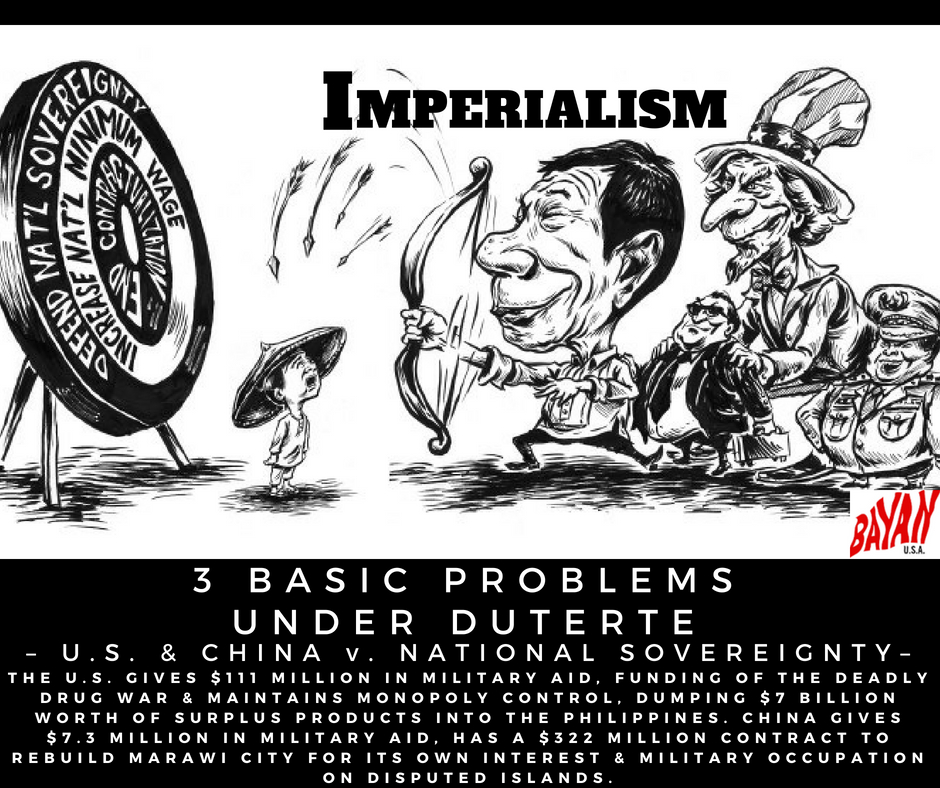 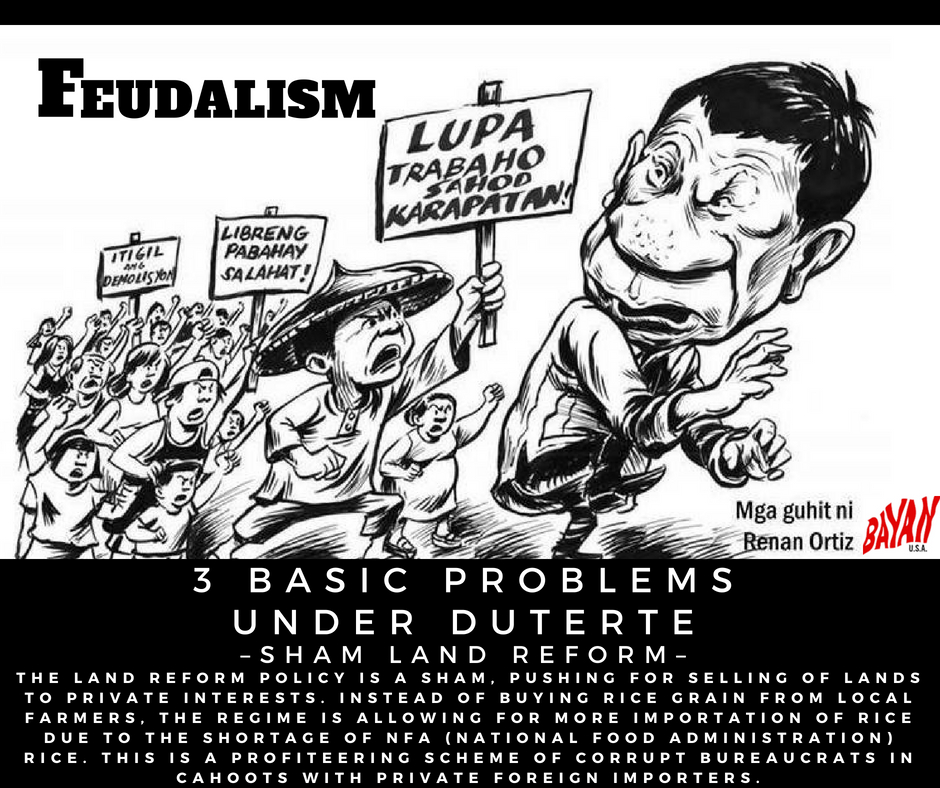 No one is buying Duterte’s wholesale betrayal of the Philippine nation and its people.

Duterte’s State of the Nation Address (SONA) 2018 address attempts to force-feed the Filipino people a litany of new empty promises for developing the economy, eradicating corruption, and securing the welfare of the people.  But no smokescreen is thick enough to hide the extreme poverty, impunity, subservience to foreign powers, human rights atrocities, martial law and creeping dictatorship that have marked life in the Philippines for the past two years under Duterte.

No amount of repackaging can disguise the fact that Duterte is promising an intensification of the same bankrupt neoliberal economic priorities, wars of repression, foreign intervention, and political maneuvers to normalize and institutionalize open fascism that have been the hallmark of his presidency since day one.

The Filipino people are confronting Duterte’s lies with united resistance. Across classes, sectors, ages, genders, provinces, political views, theologies, and oceans, the people are protesting together in a historic expression of unity against Duterte’s tyranny.

While the US-Duterte regime continues to claim the success of his war against criminality, the majority of people demand an end to his war on the poor and the impunity with which his police and armed forces reign on the street. In his speech he criticizes human rights defenders saying “Your concern is human rights, mine is human lives.” Are the thousands of people murdered by state forces not proof enough of the true aims of these operations? There is a sharp contrast between what Duterte says and the reality everyday people face in the Philippines.

While Duterte’s Build, Build, Build economic program will squander public funds for infrastructure projects that only benefit big foreign companies and local oligarchs, the people demand national industrialization and free land distribution to generate lasting, stable sources of livelihood in a productive economy that is developed for the interest of the masses. Does the travesty that the government has chosen to increase rice imports instead of investing in the development of local farmers and to evict thousands of people from their homes to clear the way for Build, Build, Build projects not expose the bankruptcy of this approach?

While Duterte has implemented the Tax Reform for Acceleration and Inclusion (TRAIN) to squeeze more money from the poor and lower taxes paid by the rich, the people demand an increase in the minimum wage to livable levels and an end to labor contractualization schemes that destabilize employment and force more workers in poverty. Is the reality that 21 million Filipinos live in extreme poverty and subsist on barely over $1 USD/PhP60 per day while the prices of basic necessities like electricity and rice soar out of reach and overall government debt continues to climb not proof enough that TRAIN will never address the root causes of poverty in the Philippines?

While Duterte offers federalism and Charter Change as a scheme to foster democracy and transparency in government, the people demand an end to Duterte’s attempts to eliminate political rivals and further concentrate power in his own hands. Without a fundamental change in the social structure of the Philippines, how can a change in merely the form of government or tweaks to the constitution provide lasting benefit for the people?

While Duterte welcomes an increase in U.S. military presence, use of territory, and direct involvement in so-called counter-terrorism operations in the Philippines, the people demand an end to such blatant violations of Philippine sovereignty and such one-sided agreements as the Mutual Defense Treaty, Visiting Forces Agreement, and Enhanced Defense Cooperation Agreement. Why would the people want more violence against women like the cases of Nicole and Jennifer Laude, another Mamasapano or Tubbataha Reef debacle, or the expansion of U.S. occupation of Philippine military facilities in Cagayan de Oro and Oyster Bay?

While Duterte touts the millions of dollars in loans from China for his Build Build Build program and the reconstruction of Marawi City and allows the Chinese military to build installations in Philippine territory in the West Philippine Sea, the people demand an end to the selling out of Philippine sovereignty to another imperialist power. How can $322 million in loans from China for the rebuilding of Marawi ever benefit the 400,000 evacuees when the loans are geared to benefit big tourism and foreign development interests?

While Duterte brushes aside peace talks with the National Democratic Front of the Philippines and threatens to crush the New People’s Army before the end of 2018, the people continue calling for the resumption of peace negotiations as a way to address the economic and social inequity which lie at the root of the armed conflict in the country. If one truly wants a durable peace to take hold in the Philippines, does it not make more sense to pursue the Comprehensive Agreement on Social and Economic Reforms (CASER) rather than all-out war?

While Duterte tries to justify the more than year-long imposition of martial law in Mindanao and threatens to expand it over the entire country, the people demand the immediate end to martial law and reject proposals to amend the Human Security Act or institute a National ID System as ploys to further sanction state repression and to contain and control any opposition to the regime’s agenda.  How will adding to the 432,380 Moro and indigenous people who have been forcibly displaced from their homes by militarization, 351 people who have been arrested on trumped up charges, 163 victims of politically-motivated killings, or 42,127 schools, churches, homes, plazas and other public spaces which have been occupied by the military make the people more secure?

With the United People’s SONA 2018, the people are creating a powerful movement to end the puppet, fascist and oppressive US-Duterte regime. This is only the beginning, and the movement will not stop until Duterte’s reign of terror is ended and the seeds of lasting, genuine freedom and democracy are planted.

END martial law in Mindanao and all-out war in the countryside!

Genuine freedom and democracy, not Cha-cha and dictatorship! 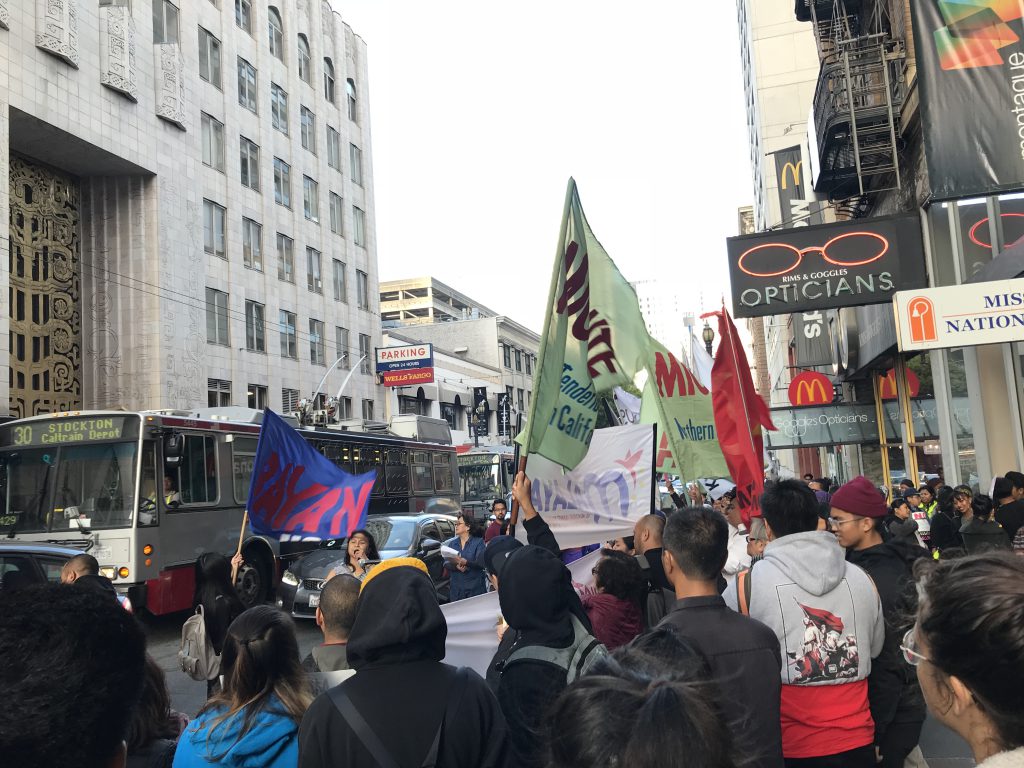 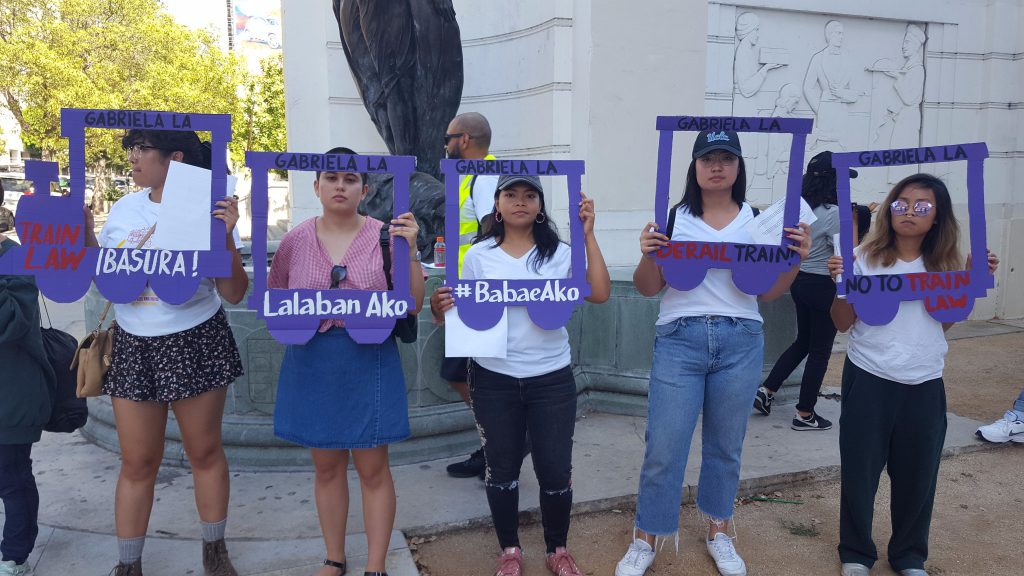 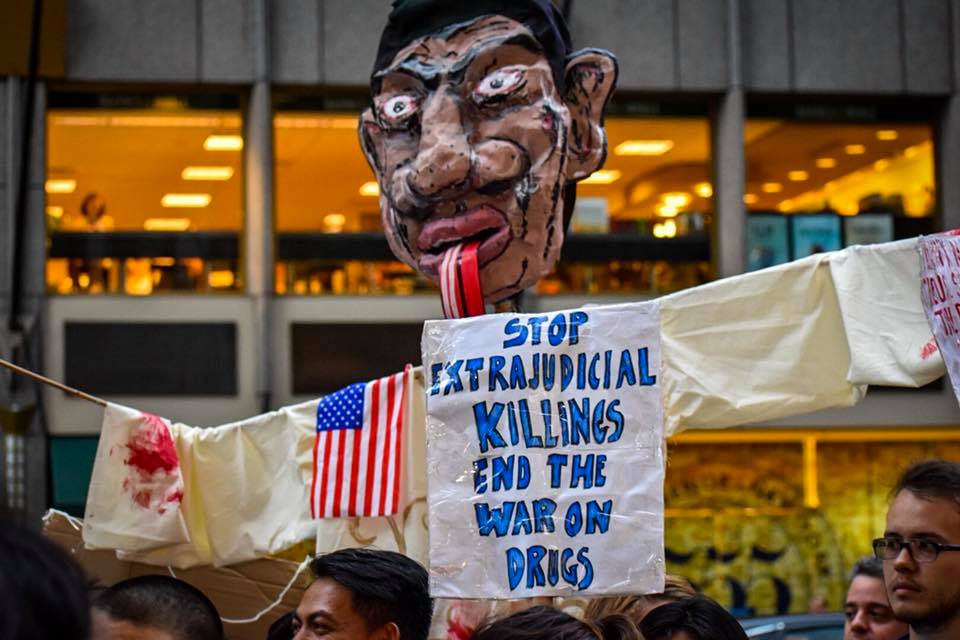