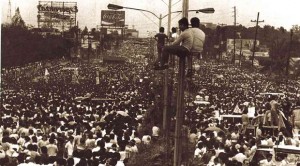 30 years ago today, approximately two million Filipinos poured into the streets of Manila and converged onto Epifanio de los Santos Avenue (EDSA) for 4 consecutive days of civil disobedience to block pending hostilities between warring factions of the Armed Forces of the Philippines and demand an end to the tyranny of Martial Law under Ferdinand Marcos. The demonstrators represented a broad united front of politicians, nuns, priests, professionals, health workers, teachers, students, workers, and urban poor.  As a newly-formed alliance, Bagong Alyansang Makabayan, or BAYAN, factored significantly the year prior in spearheading pro-democracy demonstrations all over the country that provided the crucial momentum for the financial and media center of Manila to follow suit in 1986. The overwhelming cry for change and an end to 14 years of Martial Law culminated into the toppling of the fascist dictator Marcos from Malacanang and the rise of Corazon Cojuangco-Aquino, widow of slain Marcos oppositionist Benigno Aquino Jr., into the presidency.

As an alliance of Filipino organizations in the US, BAYAN USA believes fundamental change in the Philippines has yet to be realized. Thus the legacy of EDSA remains relevant, and the people’s struggle for change must continue. More than ever, the Philippines is in the throes of falling back to neocolonial fascist rule. Setting the stage for this is the return of US military facilities under the Enhanced Defense Cooperation Agreement (EDCA).

The Real Role of US Bases 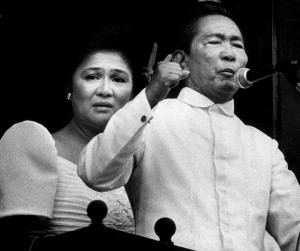 World Fascism” how US military bases in developing countries are the convergence points between US strategic economic and military interests, and in particular how US military bases serve as hubs for local fascist regimes in countries of interest to US corporations. As hubs, US military bases ensure these interests are met by providing training, weapons, surveillance technology, communications from the CIA and Pentagon, and aid for local police, paramilitaries, and military juntas to suppress dissent and the emergence of popular movements against the corporate takeover of Philippine land and sea territories and public assets for super-profits.

The findings of the last year’s International People’s Tribunal on the Philippines included evidence that the US government has directly intervened and dictated Philippine economic policy-making since the Philippines was granted nominal independence in 1946, mainly through Washington’s Bretton Woods institutions– the International Monetary Fund, the World Bank, and the World Trade Organization. Washington officials drafted policies that Marcos implemented, opening the Philippine economy to neoliberal globalization, which included the privatization of healthcare, education, and other public assets; deregulated rate hikes for power and public transportation, labor contractualization and depression of wages, the non-development of local industries that could provide employment for the domestic population, and the non-development of the agricultural production, keeping Philippine farming and agricultural lands pre-industrial, backwards, dominated by a ruling landlord elite, and open for land-grabbing by foreign mining and corporate agribusiness.

As a result, US economic policy-making has destroyed the Philippine domestic economy, creating massive abject impoverishment (the wealth of the 25 richest Filipinos is equivalent to the combined income of the country’s 76 million poorest); aggressive out-migration of Filipinos in search of jobs (approximately 6,000 people leave daily); and a pervasive culture of gross government corruption and fascism.

US Bases Supported the Marcos Dictatorship 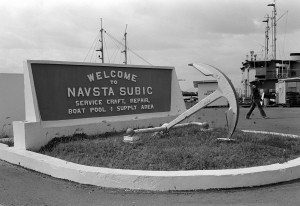 backed martial law under Marcos. They were key in designing, coordinating, and facilitating state repression by the mercenary Philippine military, including bloody counterinsurgency campaigns, while Marcos was transforming the country into a “client state” to neoliberal globalization by implementing US-drafted structural adjustment programs on the Philippine economy.

It is no wonder how, even after the shutdown of Subic and Clark as a result of a popular people’s movement, the US has sought to maintain an unconstitutional military presence in the Philippines through various one-sided military agreements, such as the Visiting Forces Agreement (VFA).

Now with the so-called US “pivot to Asia”, the US is once again increasing its military operations in the Philippines through the Enhanced Defense Cooperation Agreement (EDCA).

EDCA Will Support a Resurgence of Fascist Rule

The EDCA is being purported as a mutually beneficial defense pact between the US and the Philippines, with the main claim that the weak Philippine military needs support from the military giant US to protect the Philippines from China’s incursions on Philippine territory. 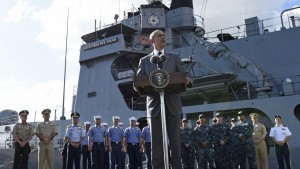 The Obama administration has categorically announced it will not come to the defense of the Philippines should there be an outbreak of hostilities with China. Despite this, the Philippine ruling class continues to force the narrative that the country needs US military support.

Perhaps, like Marcos, they will need to unleash more suppression of the people’s demand for equity, curtail civil liberties and democratic rights, and will rely on support from US military installations under EDCA. History provides us several clues on how this will play out.

While US military bases play an integral role in neocolonial fascist rule, the lessons of “People Power” offer us a glimpse into the possibilities for change when the Filipino people are united and take collective action. It is clear ousting a dictator, or any president for that matter, is not enough.

We must unite to change the whole rotten system, starting with repealing EDCA.