The Coronavirus Disease 2019 (aka Covid-19) has become a pandemic affecting over 193,000 people across the world, and in the Philippines there have been at least 187 cases of infection and 14 deaths.  As of this week, reports show the Philippines has a mortality rate of nearly 9%, higher than China, Italy, Iran, and the world average.  Duterte’s response is to enforce a so-called “community quarantine,” which is in essence a military lockdown. Instead of deploying doctors, nurses, and other health workers to ensure adequate care, Duterte has unleashed the Armed Forces of the Philippines (AFP) and Philippine National Police (PNP) to implement military rule in Metro Manila and the whole of Luzon. This is not the solution to the health crisis enveloping the Philippines. BAYAN USA supports the demands from everyday Filipino people to uphold basic democratic rights and for a sustainable livelihood, quality jobs, healthcare, paid sick days, and social services!

The World Health Organization (WHO) recommends a doctor-to-patient ratio of 1 doctor per 1,000 people, while the Philippines has a ratio of 1 doctor per 33,000.  According to the Coalition for People’s Right to Health (CPRH), six out of every 10 Filipinos die without being given medical attention. The Philippine government’s more than four decades of neoliberal policies have paved the way for the rising costs and privatization of healthcare, water, education, and housing. These anti-people policies have led to the inadequate response to the most immediate needs of the people for proper affordable healthcare.

In Metro Manila, 41% of families or 8.2 million people consider themselves poor.  Urban poor communities are even more vulnerable to infection without access to nutritious food, clean water, soap, vitamins, stable housing, accurate up-to-date information, and medical care. The calls for self-quarantine and social distancing are out of reach for the majority of the poor living in the most cramped conditions without regular income and decent housing.  For workers, contractualization, or temporary work jobs, have become the norm as they continue to fight for a living wage, job security, paid sick days, and a safe environment. However, these demands fall on deaf ears as “No work, No Pay” schemes are being exploited by employers to cut hours and lay off workers.

“Duterte’s militaristic response looks like martial law under the cover of the quarantine label. He has deployed the AFP and PNP to enforce curfews, unnecessary checkpoints, suspension of travel, and banning of mass gatherings, and has threatened to arrest and detain anyone who resists. We condemn the Duterte regime’s opportunistic employment of martial law tactics at a time when urgent public health concerns must be prioritized. rather than wasting public funds for the suppression of people’s civil liberties and freedom,” said Rhonda Ramiro, Chairperson of BAYAN USA.

The P4.5 billion allocated for Duterte’s Intelligence and Confidential Funds must be redirected to provide genuine relief to meet public health needs in the form of guaranteeing free quality healthcare services to support sanitation, prevention, testing, monitoring, and treatment.  Duterte must be held accountable for addressing this health crisis with an immediate health solution, not militarization. The Duterte regime cut the public health budget by Php 16 billion, which could have helped to ensure proper hospitals, quarantine facilities, staff, and life-saving equipment.

As of now in the United States, there have been 3,536 cases confirmed and 58 deaths. While Trump has declared a national emergency, it has only exposed the ruling class as protectorates of the big corporations and big banks.  The $1.5 trillion suddenly lent to big banks this past week and plans to bailout the airline industry is a clear sign that the US government is willing to inject money into the piggy banks of the rich and wealthy making superprofits, while working people are left with loans, panic, and uncertainty.

“The Trump administration is worried about stabilizing big banks, while workers are concerned about how to put food on the table.  This amount of money could have been used to wipe out the student loan debt crisis which is roughly over $1.5 trillion. These funds must be redirected to meet the public’s critical needs, instead of the insatiable greed of the ruling class,”  said Ramiro.

Working families are disproportionately impacted by the pandemic, with temporary closures of workplaces, schools, and public spaces.  Service workers in particular face shortened hours, income loss, unemployment, and at-risk workplaces. Overseas Filipino Workers (OFWs) are continuously stranded to fend for themselves in foreign lands and seas while being the breadwinners of their families.  In the case of the Grand Princess Cruise Ship, which had 28 passengers and crew infected with COVID-19 on board, over 1,000 workers including more than 500 Filipinos were left stranded on the ship for nearly a week docked at the Port of Oakland without adequate health care, even though passengers were allowed to disembark and avail of medical attention days earlier. Most major cities have enforced social distancing measures, but ultimately the Trump administration and other fascist regimes’ delayed response and privatized care endangers millions.

“While the most immediate concern we face is combatting COVID-19, we must not forget that underlying the pandemic is the most dangerous disease — monopoly capitalism, which is at the root of the current crisis,” said Ramiro.

During this time of crisis, we must strengthen our collective efforts to show solidarity and support, and expose the crumbling US-Duterte regime for its criminal and corrupt reaction to the pandemic.  We must continue to launch public education and service campaigns to meet the needs of vulnerable communities, and assert the people’s basic democratic rights to sustainable livelihood, quality jobs, healthcare, paid sick days, and social services.  Only through achieving national independence and genuine democracy in the Philippines, can we dismantle the semi-colonial and semi-feudal conditions that keep our healthcare system backwards and underdeveloped. In a socialized economy, public resources would truly reflect the public needs of the vast majority. We stay committed and ever vigilant to arouse, organize, and mobilize the Filipino community alongside our allies to expose this inhumane system and fight for systemic change towards a healthier, scientific, and socialist future. ### 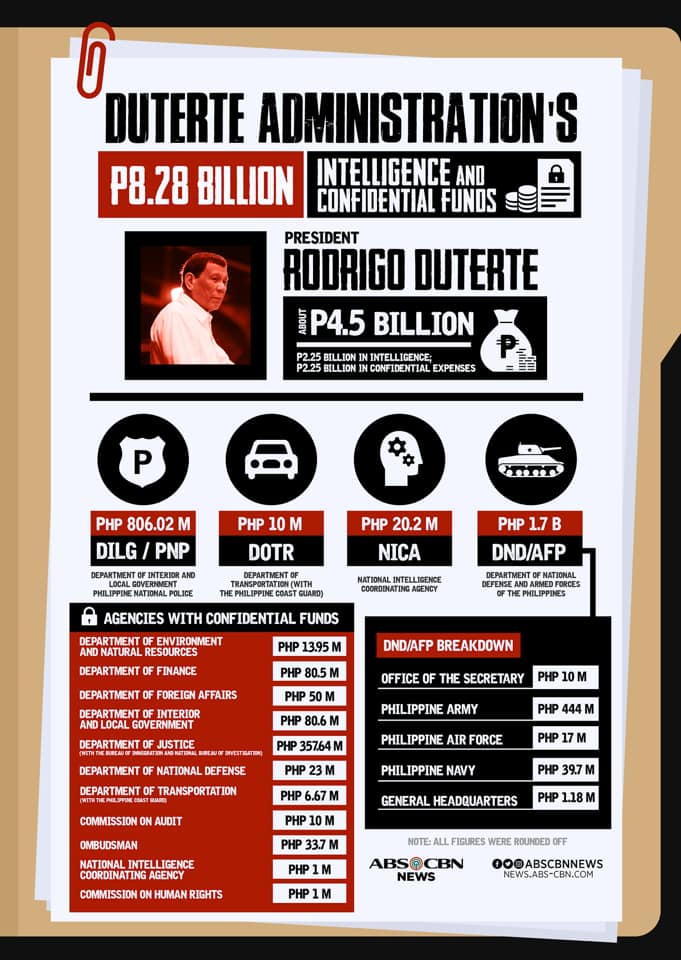