Duterte Risks Putting the Philippines Up for Sale to China 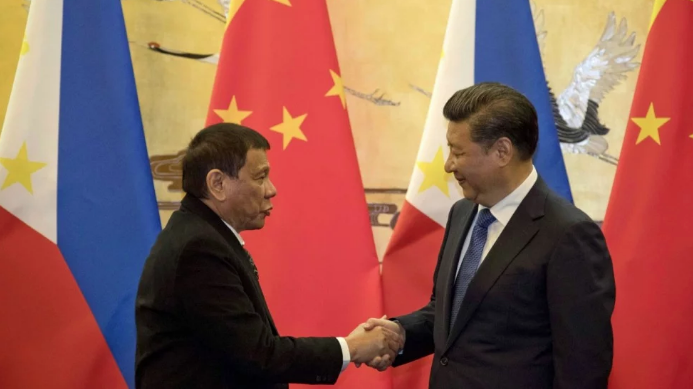 On November 20th-21st, 2018, Chinese President Xi Jinping visited Philippine President Rodrigo Duterte on a trip that would secure at least 29 agreements in one day alone, focusing on solidifying the “joint exploration” of the West Philippine Sea and the Philippines participation in China’s Belt and Road Initiative (BRI).  The Belt and Road Initiative is a development strategy by the Chinese government to fund large scale infrastructure projects in several countries to link European and Asia Pacific markets and further strengthen China’s political, economic, military, and trade interests.  We as BAYAN USA oppose all unequal agreements that create the conditions for the Phiippines to become a debt colony of China, militarize the West Philippine Sea, and undermine the sovereignty of the Philippines.

China has gained notoriety for its track record of predatory lending and preying on developing countries, by enticing them to take high interests loans that are difficult to repay in exchange for funding expensive infrastructure projects.  When these countries fail to pay back China, they are forced to make certain concessions such as relinquishing the natural wealth and strategic resources of the country. Sri Lanka is a recent example of a developing country that was unable to pay back a loan, and instead they were forced to give up their strategic port and waterway to China for a 99-year lease.

So, what are the possible impacts of these 29 deals with China?  Expensive projects imposing extremely high interests rates, dangerous threats to the environment and displacement of local communities, and even possible labor requirements strictly using Chinese workers.

Duterte has welcomed China to trample on the national interests of the Philippines by signing off on lopsided agreements and giving up Philippine territory to fund his “Build Build Build” economic program.  The first agreement Duterte and Jinping sealed was a memorandum of understanding (MOU) on oil and gas development in the West Philippine Sea. Researchers estimate some 130 billion barrels of oil sits in the strategic zone. 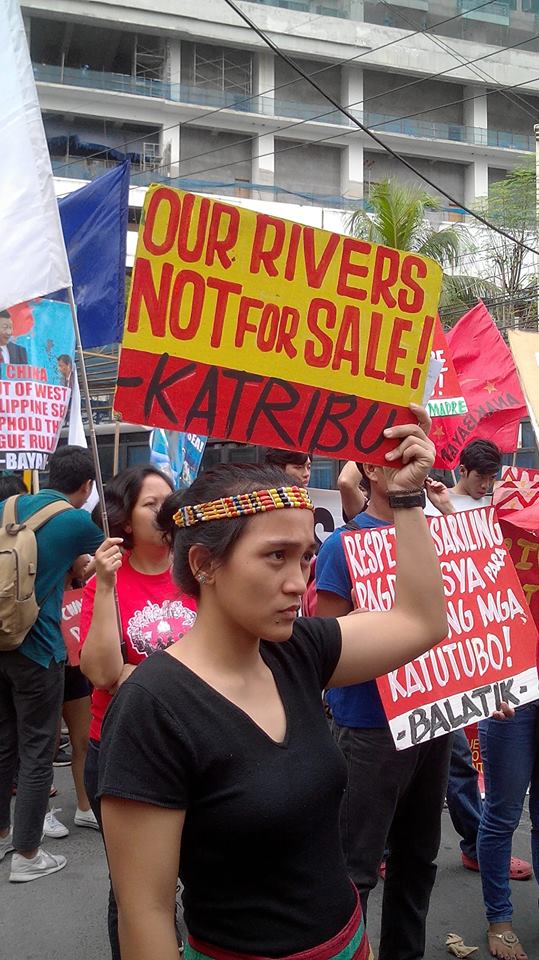 over the public welfare of everyday Filipinos.  The Chico River Pump Irrigation Project Loan Agreement, costs an estimated P4.4 billion, and includes a clause ensuring the loan is governed by the “laws of China.”  This project is widely opposed by indigenous communities such as the Cordillera People’s Alliance. The New Centennial Water Source-Kaliwa Dam Project (estimated cost: P18.7 billion) is another project feared to cause even more environmental destruction in the Philippines. (Picture Right: Piya Macliing Malayao, Igorot leader and national Secretary General of KATRIBU, an alliance of indigenous peoples and organizations in the Philippines)

The stakes are high and we call on the President Duterte to assert its legal authority over the West Philippine Sea and to prevent China from further militarizing the area.  China’s illegal presence in the region continues to have detrimental impacts on the environment, destroying coral reefs, preventing the livelihood of poor fisherfolks who rely on the marine life, and further escalating the contradiction between two imperialist superpowers, the US and China, vying for hegemony over the region, at the expense of the Filipino people. 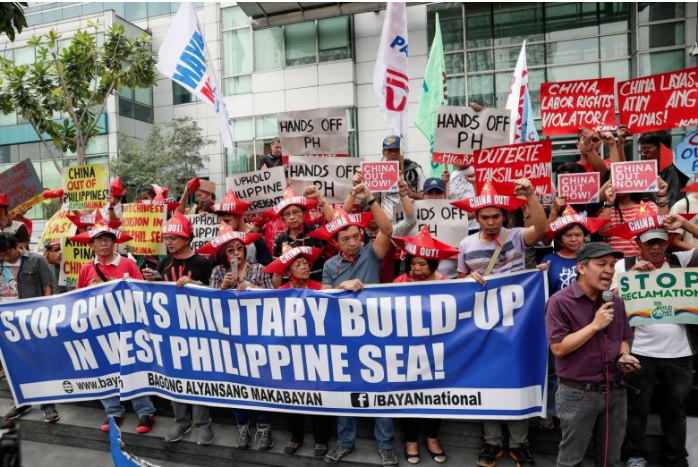 China and US, Hands Off the Philippines!

BAYAN-USA is an alliance of 26 progressive Filipino organizations in the U.S. representing students, scholars, women, workers, artists, and youth. As the first and largest international chapter of Bagong Alyansang Makabayan (BAYAN-Philippines), BAYAN-USA serves as an information bureau for the national democratic movement of the Philippines and as a center for educating, organizing, and mobilizing anti-imperialist and progressive Filipinos in the U.S. For more information, visit www.bayanusa.org