Defend the People and Get Organized Against Trump!

U.S. President Donald Trump has not wasted any time in launching attacks against immigrants, refugees, women, and the working class. BAYAN USA strongly condemns Trump’s recent executive orders and joins people in cities across the US rising up to resist fascism.

Trump has aggressively pushed forward plans to steamroll the Dakota Access Pipeline, outlaw abortion and defund reproductive health services for women, eliminate access to affordable health coverage, strip federal funding from “sanctuary cities,” reinstate “black site” detention facilities, further militarize and expand the US-Mexico border, and place restrictions and ban certain refugees, immigrants, and Muslims from entering the U.S. The Trump administration has shown that it will use fascist means to enforce an imperialist agenda that promises to deepen cuts to social services and at the same time create super-profits for the elite who rely on neoliberal policies, state repression, and wars of aggression abroad to maintain its power.

This is only the beginning of an onslaught of attacks to further scapegoat already marginalized communities for the crisis big business, corporations, and the 1% have created. We should expect that Trump will seek to further intensify surveillance, mass incarceration, and militarization of local police, in an attempt to intimidate the people and preempt us from taking action.

In response to the immediate detention of Muslims and refugees at airports across the nation BAYAN USA organizations joined actions in Chicago, San Francisco, Los Angeles, New York, Portland, Washington DC and Seattle demanding for their justice and freedom. The people’s outcry for justice prevailed in Boston, San Francisco, and Chicago that authorities were forced to release the detainees. Members also joined actions in solidarity with the water defenders at Standing Rock and to oppose Trump’s plans to push the construction of the Dakota Access and Keystone XL Pipelines.

Trump has proven himself to be the racist, misogynist, anti-immigrant, fascist that he is and the people’s movement against the Trump presidency will only continue to grow. We will continue to educate, organize, and mobilize our communities to resist the Trump administration and its imperialist agenda. We welcome the millions that stepped into the streets in protest of Trump’s inauguration day and invite them to join our organizations. Let us join together to build an anti-imperialist movement against this fascist regime. We must strengthen our solidarity and forge strong alliances locally and internationally to launch sharp blows against monopoly capitalism. Only through organized resistance can we truly defend our communities from Trump’s malicious attacks and build a people’s movement for a brighter future. 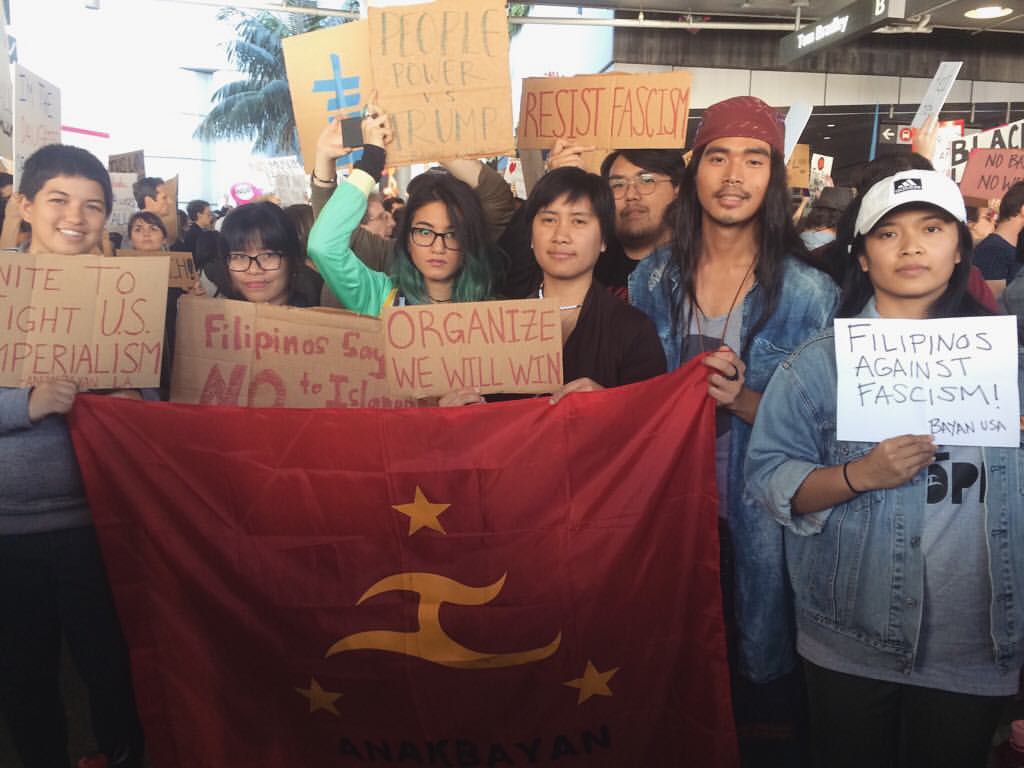 Anakbayan Los Angeles joined the thousands at LAX on Sunday, January 29th, 2017, blocking off traffic to the airport for more than 2 hours. 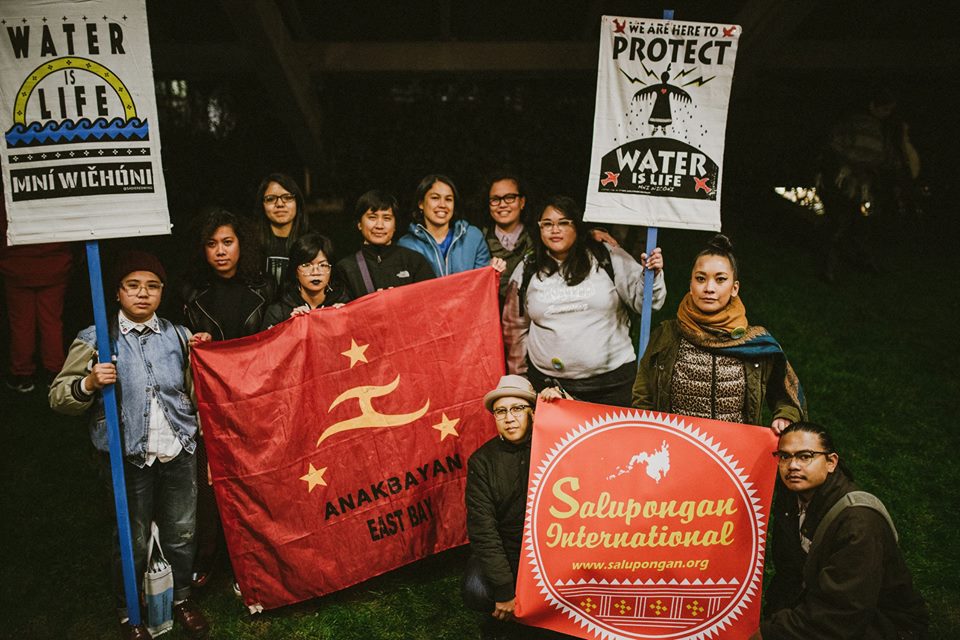 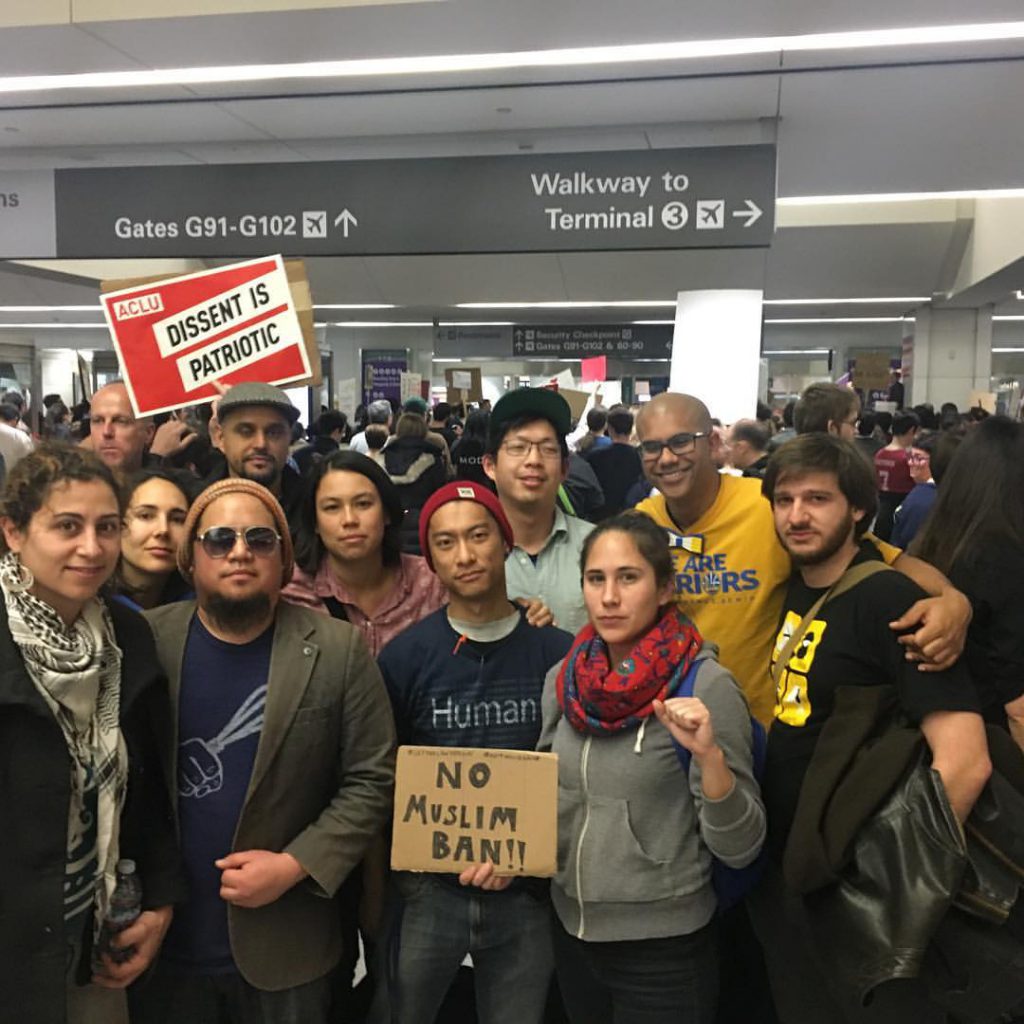 Members of BAYAN USA organizations and allies joined thousands in San Francisco on Saturday in a successful action that led to the release of the 5 travelers detained at SFO. 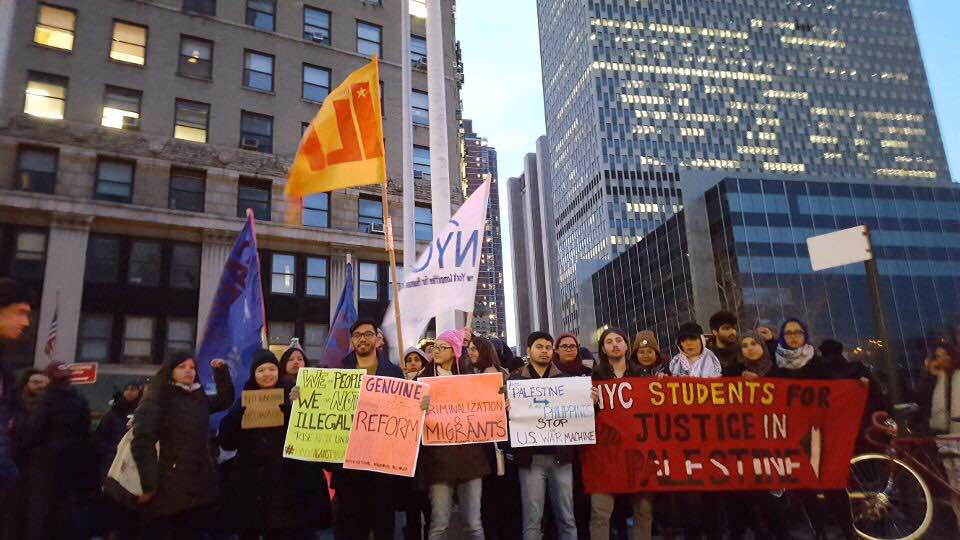 In New York, BAYAN USA and ILPS-US organizations mobilized a contingent at anti-Trump protests at Battery Park in Manhattan. 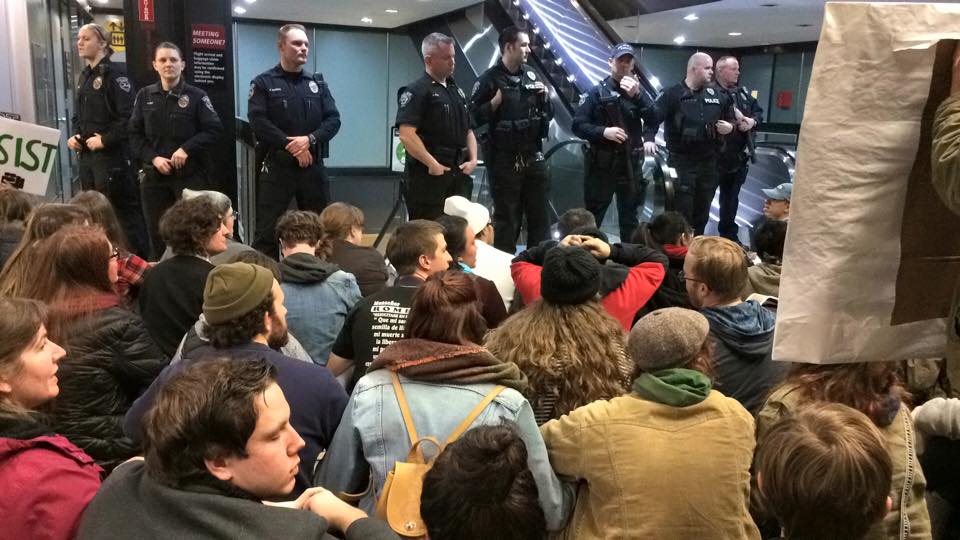 For nearly 12 hours, protesters gathered at SeaTac, only to be met with arrests and pepper spray from the police and airport security. Photo was taken from the vantage of Robert Gavino, Anakbayan Seattle Solidarity Officer, who joined other Anakbayan Seattle and GABRIELA Seattle members in demanding the release of the detainees.