In commemoration of Philippine Independence Day, BAYAN-USA joins thousands of people in the Philippines and worldwide in a National Day of Prayer calling for genuine peace, justice, sovereignty, and human rights in the Philippines. 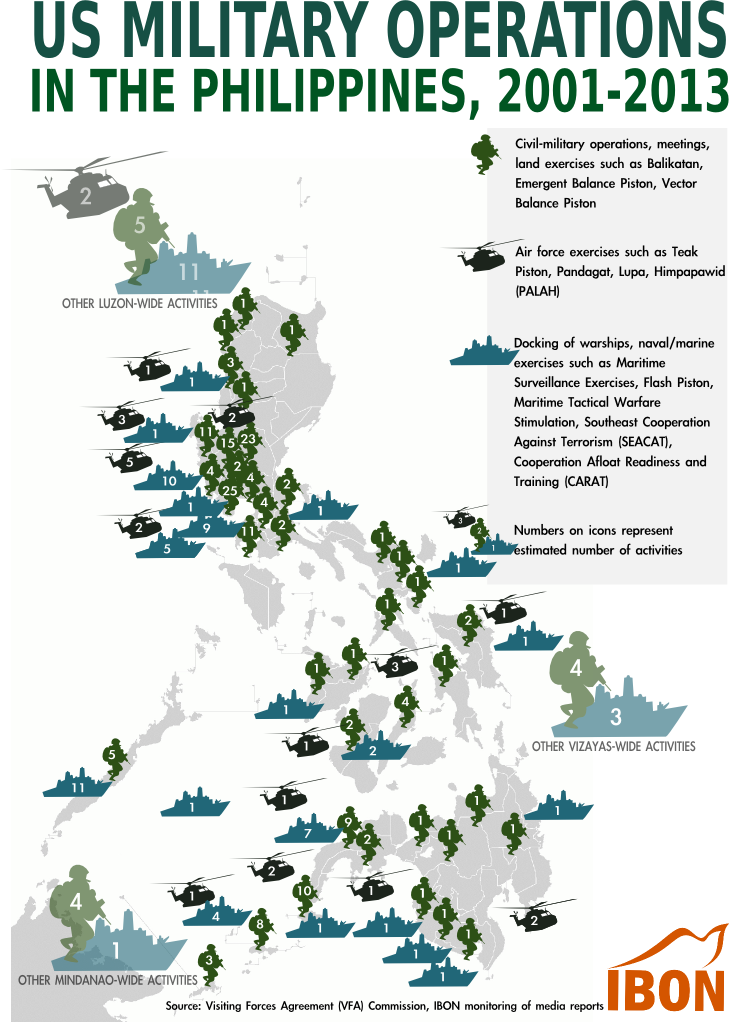 After 377 years under Spanish colonial rule and 44 years of U.S. direct colonial rule, the Philippine Revolution of 1898 for genuine independence remains unfinished. Despite the June 12, 1946 declaration of Philippine Independence, BAYAN-USA recognizes that U.S. imperialist domination of the Philippines persists.  We condemn the recent actions of President Duterte and his pro-U.S.imperialist lackeys Defense Secretary Delfin Lorenzana and Armed Forces Chief Eduardo Ano to continue allowing the U.S. to trample on Philippine sovereignty.  The declaration of martial law in Mindanao, Duterte-supported intervention of U.S. Special Action Forces in Marawi, Mindanao and increased militarization will not address the root causes of the armed conflict in the region or the country. President Duterte must end martial law in Mindanao, remove all U.S. troops, personnel and advisors from Philippine soil and put an end to the gross human rights violations and impunity in the Philippines.

At the same time, we protest the aggressive moves of China to claim more territory in the West Philippine Sea and increase its presence in the Philippine economy. President Duterte has shown a lack of political will in asserting the Philippines’ sovereign right to the territory as confirmed by the ruling of the U.N. Permanent Court of Arbitration. Moreover, his dealings with China’s leaders point to an invitation to China to pour capital into questionable infrastructure projects in the Philippines that benefit purely foreign interests.  We call on President Duterte to live up to his original pronouncements of pursuing an independent foreign policy, including guarding against aggravating threats of Chinese imperialist incursions.

An independent foreign policy must focus on the internal development of the Philippine economy to eliminate its historic and current export-dependent, import-oriented character towards a self-reliance via free land distribution, domestic agricultural development and national industrialization. This includes voiding all U.S. and foreign agreements that favor foreign interests at the expense of national interests, including military agreements such as the Visiting Forces Agreement (VFA) and the Enhanced Defense Cooperation Agreement (EDCA). While rumors about the presence of “foreign terrorists” in the Philippines run rampant, we remind President Duterte that the #1 terrorist force in the world is already confirmed to be operating in the Philippines: the U.S. military. It was U.S. Special Operations Forces who were deployed on a “permanent rotational” basis in Mindanao since the declaration of the Philippines as the “second front” in the so-called war on terror in 2001. It was U.S. FBI and intelligence personnel involved in the Mamasapano debacle which resulted in the needless deaths of Filipino civilians and police forces. It has been thousands of U.S. troops deployed year after year to conduct military exercises with Philippine forces. Now, it is U.S. Special Action Forces deployed to provide “technical assistance” to Philippine military in Marawi. For as along as U.S. military intervention remains in the Philippines, genuine Philippine independence remains unrealized.

The recent declaration of martial law by the Duterte regime is also the hand of the U.S. government at play. The declaration comes when the peace process between the Government of the Republic of the Philippines and the National Democratic Front of the Philippines reached a critical stage– an agreement to free land redistribution at the end of the 4th round of talks.  The 5th round was set to tackle its implementation along with other urgent social and economic reforms outlined in the Comprehensive Agreement on Social and Economic Reforms (CASER) that would pave the way for the eradication of crushing poverty, landlessness, and joblessness suffered by the vast majority of the Filipino people, and at the root of the armed conflict in the country. The declaration of martial law in the whole island of Mindanao as a response to armed clashes in one city in one province in the Moro territory is also an orchestrated play to include and revive the Bush-Arroyo era branding of the New People’s Army (NPA) also as terrorists and therefore an open target of the Philippine military, in effect sabotaging the peace process, now with an increased presence of U.S. Special Forces.

The roots of the armed conflict and chronic social crisis and unrest in the Philippines lies in its economic underdevelopment, dependence on foreign dictates, and lack of sovereignty. BAYAN USA calls on President Rodrigo Duterte to act on his prior pronouncements of being the leader of a sovereign state and reject the pro-U.S. militarists in his Cabinet behind the martial law declaration.. Just as Duterte rejected U.S. military presence in Mindanao while he was still Mayor of Davao City, Duterte as President of the Philippines must reject U.S. military presence in the Philippines, revoke martial law, and pursue a diplomatic and peaceful means of resolving the conflict and human rights crisis in Marawi. Continue the peace process with the National Democratic Front of the Philippines towards the implementation urgent economic reforms the Filipino people need for food, livelihood, dignity and justice.

We call on the Filipino people to remain vigilant against increasing U.S. intervention– overt and covert– in the country.