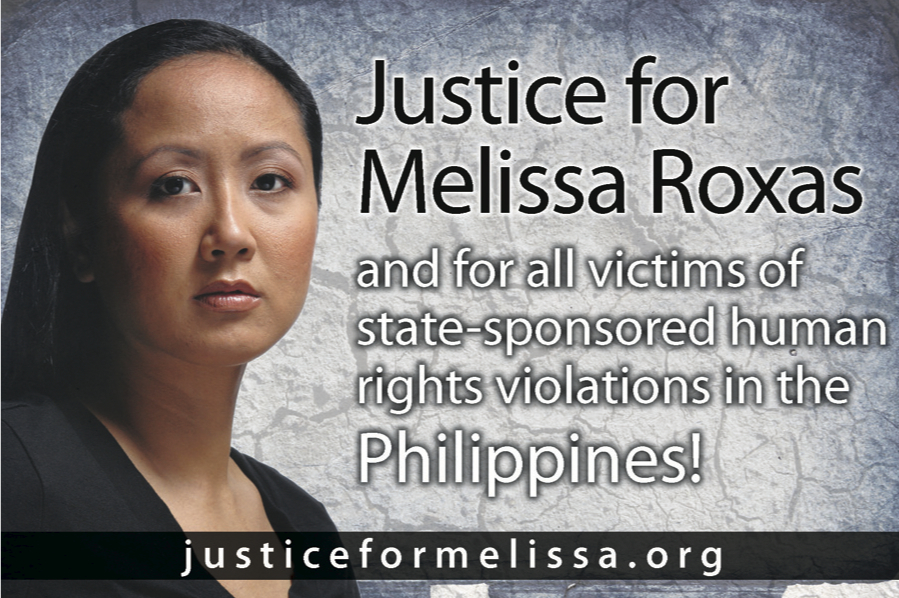 Melissa Roxas is a Filipina American poet, human rights activist and community health workers, who was abducted and tortured by elements of the Armed Forces of the Philippines on May 19, 2009, while conducting community health work in La Paz, Tarlac, Philippines.  She was held incommunicado and tortured for six days in a military camp.  Despite overwhelming evidence that the AFP was responsible for Melissa’s abduction and torture, the Philippine government continues to deny responsibility and neither the Philippine nor U.S. governments have prosecuted the perpetrators.  Melissa’s case is an example of the pattern of impunity that persists in the Philippines to this day, which has resulted in the victimization of tens of thousands of innocent people by state-sponsored killings, disappearances, illegal detentions, eviction and torture. BAYAN-USA is a member of the Justice for Melissa Campaign, a network of community organizations, churches and peace-loving individuals who support Melissa and her pursuit of justice and accountability.