“President Aquino is the Pork Barrel King!” proclaims Rhonda Ramiro, BAYAN USA Vice Chairperson. “Corruption in the Philippines will never be eradicated while the President himself betrays the Filipino people’s trust by violating the Constitution and implementing the Disbursement Accelerated Program [DAP].”

BAYAN-USA supports the impeachment complaints filed by progressive groups in the Philippines on July 21st, including BAYAN, GABRIELA, and United Church of Christ in the Philippines [UCCP] and endorsed by members from the House of Representatives. The Supreme Court of the Philippines declared many components of the DAP unconstitutional, and yet B.S. Aquino ignored this ruling and continued on his crooked and corrupt path by “centralizing and controlling public funds through disingenuous acts and practices, and turning it into his own Presidential pork barrel,” as stated in the complaint.

The Pork Barrel Scandal is just the tip of the iceberg of failures by B.S. Aquino.  He has willfully failed to uphold the national sovereignty of the Philippines by allowing the United States military access to Philippine facilities, more US troops on rotation, and allowing the Philippines to be a storage facility for “war material.” Moreover, his cronies in Congress are pushing the CHA-CHA or charter change to amend the Constitution and lift protectionist provisions and limitations on foreign ownership.  Not only will this allow free reign for foreign corporations, it will also open the pathway for the Philippines to join one of the largest trade agreements the world has seen–the Trans-Pacific Partnership, appropriately dubbed “NAFTA on steroids.”

On the human rights front, Aquino’s Oplan Bayanihan counter-insurgency program gives full play to the impunity which has gripped the country for decades. Aquino maintains the human rights crisis by failing to prosecute known criminals such as Jovito “the Butcher” Palparan and former president Gloria Macapagal-Arroyo for their notorious crimes against humanity.

As Typhoon Glenda hit the Philippines just this month killing roughly 40 people, it served as a bitter reminder that the Philippine government has yet to respond to the thousands of Typhoon Haiyan victims who are still without proper shelter, food, and medical care. Promises of adequate preparations for typhoon season including critical infrastructure development and a decent response system remain unfulfilled, leaving Filipinos victimized by last year’s storms to fend for themselves.

We expect President Aquino to highlight what he believes are his grand accomplishments and plans for the last two years of his term in the State of the Nation Address being held on July 28th, 2014. On the other side of Malacanang Palace, the People’s State of the Nation Address will take place to further expose the rampant failures of the Aquino regime, while placing the Filipino people’s demands on the table.

“There’s no room for negotiation. Aquino must be held accountable for his actions, because two more years of the same is two years too long!” Ramiro ended. 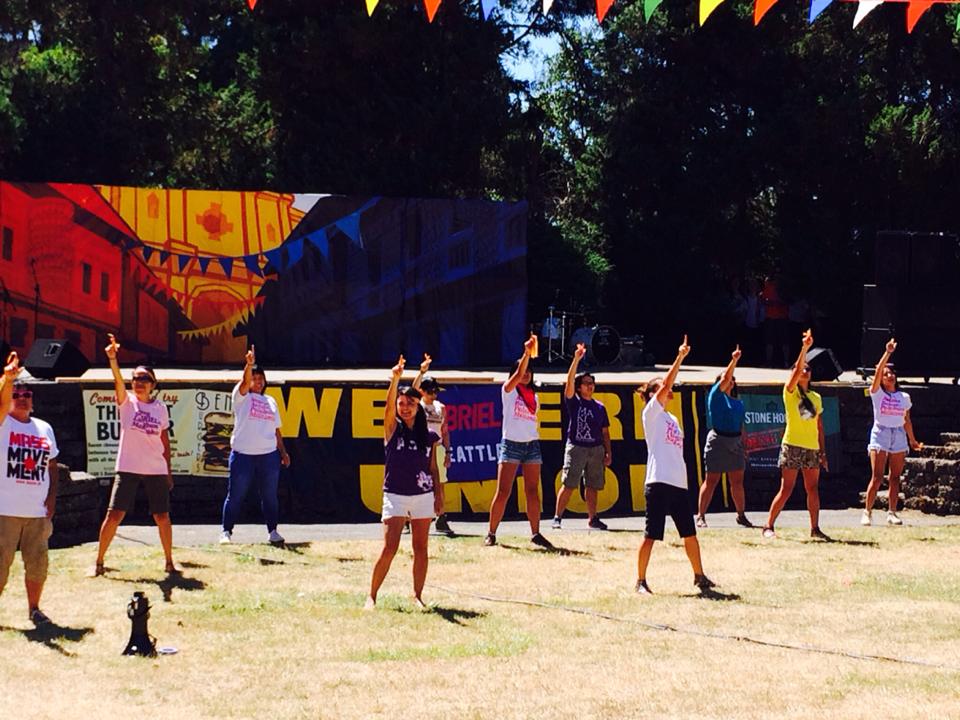 Meet @ Union Square to march to the Philippine Consulate