Fidel Agcaoili would have turned 76 years old on August 8th, which he would have celebrated surrounded by family, friends and comrades.  We send our heartfelt condolences to his family and loved ones. Today, we remember a true revolutionary who for decades continued to serve the oppressed and exploited classes, whether from inside prison (known as one of the longest held political prisoners during Marcos’ dictatorship), from the underground revolutionary movement, or from overseas, living in exile in the Netherlands as the chairperson of the Negotiating Panel of the National Democratic Front of the Philippines (NDFP) until his very last breath.

As the chief negotiator for the NDFP, Fidel continued to strategize ways to push for the resumption of the peace talks with the Government Republic of the Philippines even after President Duterte cancelled the talks, labelling the Communist Party of the Philippines (CPP) as terrorists. Ultimately, Fidel knew that the peace negotiations were one way of pushing forward the comprehensive program for social and economic reforms and that the primary way to achieve genuine systemic change in the Philippines was through continuing the Philippine revolution led by the CPP.

After the People Power movement forcibly removed the Marcos dictatorship, and after Fidel was finally released from prison, he continued his work as one of the founding members of the Partido ng Bayan in August 1986, a legal left political party during Cory Aquino’s presidency. Its platform included: land redistribution, national control of industries, and an end to the presence of American bases. BAYAN’s 8 point program still includes building a self-reliant and progressive economy by carrying out genuine agrarian reform and national industrialization, as well as upholding national sovereignty and opposing U.S. imperialist domination. As BAYAN USA, we commit to continue the legacy started by Fidel and other Filipino revolutionaries to struggle for national democracy in the Philippines, and to grow the national democratic movement as a formidable force united against a common enemy.  It is our duty to strengthen the mass movement and contribute to building people power in order to topple Duterte’s dictatorship! It is our duty to struggle for national democracy with a socialist perspective to build a Philippines that is self-reliant, truly free, and that will benefit the majority of the Filipino people! 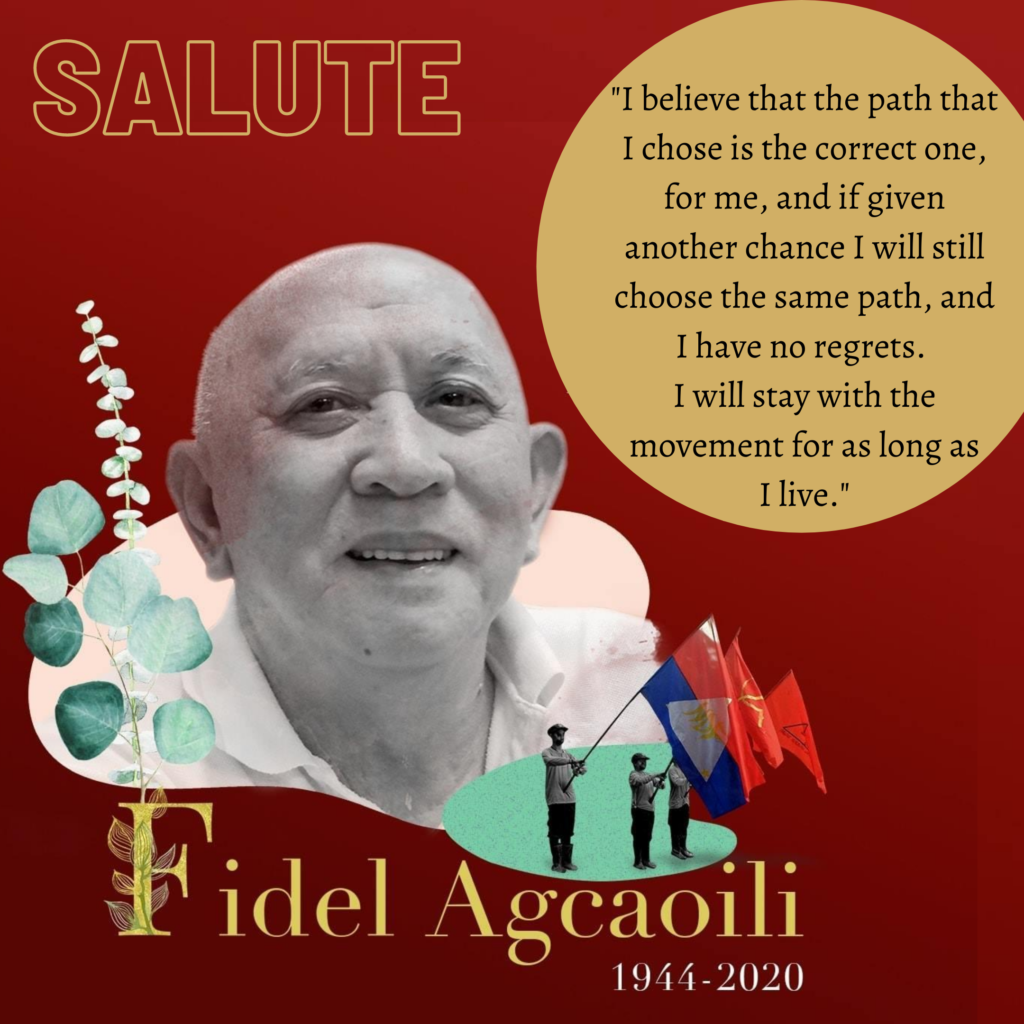