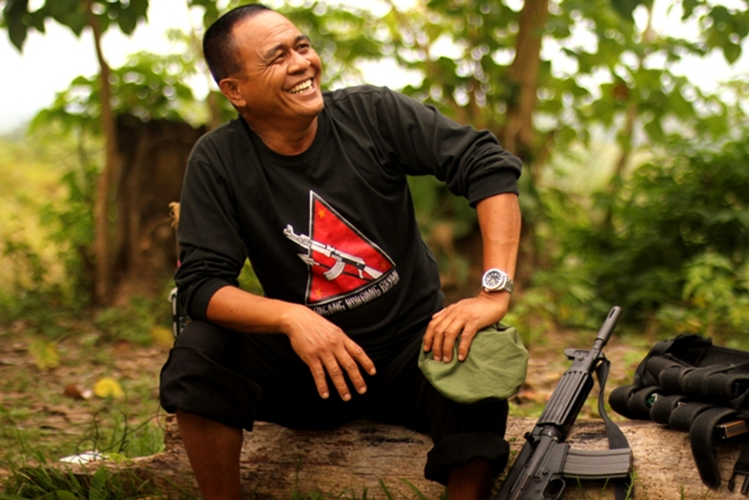 BAYAN USA pays highest tribute and respect to Leoncio Pitao, also known as Kumander Parago, for his indelible contributions in his 37 years serving the poorest and most oppressed Filipinos as a revolutionary. We send our deepest condolences and sympathies to Tatay Parago’s family and loved ones for their loss.

We condemn to the fullest degree the Aquino government and Philippine military’s brutal, inhumane, and cowardly murder of Tatay Parago, who was ambushed and killed while being treated for illness by medic, Ka Kyle, who was also murdered. Such a manner of killing is cruel and in direct violation of the rules of combat outlined by International Humanitarian Law, which prohibits attacks against those who “are defenseless because of unconsciousness, shipwreck, wounds or sickness.”

For as long as the majority of Filipinos remain deeply mired in poverty and hunger due to a backward agricultural sector, face state repression under the mercenary Philippine military and its paramilitaries in the countryside; as long as a small handful of landowning families continue to control the vast majority of land in a country of where the majority live directly off the land, and these same landowning families dominate the political system through corruption– there will always be armed conflict in the Philippines.

There will always be those that choose to take up arms to fight for freedom, for a life of dignity.

Since the turn of the 20th century, US imperialism has always sought to control Mindanao for its vast natural resources. Despite its acts of aggression, US imperialism and the reactionary Philippine government have also always faced fierce people’s resistance to colonial subjugation in Mindanao, from the economically poorest people in the country.

Our tribute to Tatay Parago means we stand with and in defense of the people of Mindanao, who at present are facing escalating US military intervention, counterinsurgency and state repression by the US-backed Aquino government, which is selling off the island piece by piece to large multinational mining corporations, stripping Mindanao of its natural wealth and causing irreversible damage to the environment and the people.  We stand with ongoing people’s resistance in Mindanao and all throughout the Philippines.

It is US imperialism and its reactionary Philippine government that are the biggest obstacles to peace and democracy in the Philippines. Just and lasting peace can only be attained through people’s struggle. As long as the Philippines remains a neocolony of US imperialism, there will be more Paragos that will rise up to lead more battles.