BAYAN-USA Mobilizes #FilipinosAgainstTrump and Joins Millions of People Protesting Inauguration of Donald Trump as the 45th President of the U.S.

In the largest demonstrations the US has seen in decades, BAYAN-USA led contingents of Filipinos and allies in two days of actions in 10 regions of the country to denounce the inauguration of U.S. imperialism’s new commander in chief, Donald J. Trump.

Speaking to hundreds of thousands of demonstrators during the January 20 Inauguration protests and the January 21 Women’s Marches, BAYAN-USA protesters rallied communities to forge a unified resistance to the increased fascism, racism, Islamophobia, sexism and homophobia promised under the new Trump regime.  Speakers also pushed for the building of the broad anti-imperialist movement within the U.S. as the only way to ultimately defeat the militarism and exploitation inherent to capitalism. At the same time, speakers urged the crowds to support social and national liberation struggles worldwide that are lighting the way toward a brighter alternative society that values people and the planet over profit. Specific calls made by BAYAN-USA included the defense of Filipino and other immigrant communities from Trump’s threats of mass deportation, as well as for the U.S. to withdraw its military from the Philippines and stop using the Philippines as a pawn in its power play with China.

On the eve of Trump’s inauguration, BAYAN-USA’s Secretary General Jessica Antonio also joined the protest organized by BAYAN in front of the U.S. Embassy in Manila, Philippines.  Antonio addressed the protesters, saying “Many people are afraid of what will happen next, who Trump will put in his cabinet, what his foreign policy will be. But US imperialism is US imperialism. And people are overcoming their fear and linking arm in arm together to fight against US imperialism in order to crush it, from all sides–including the inside.” 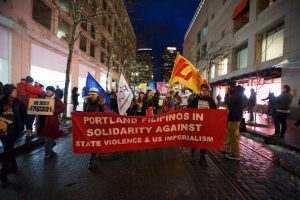 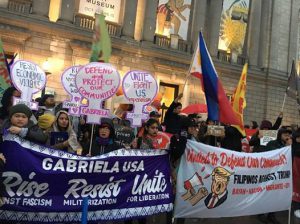 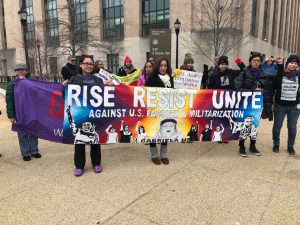 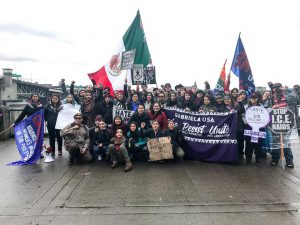 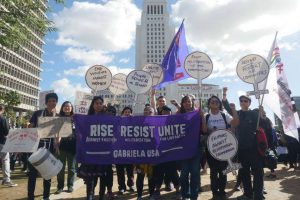 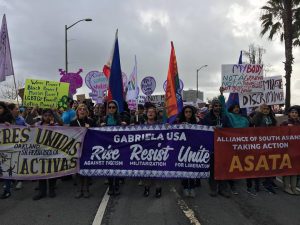 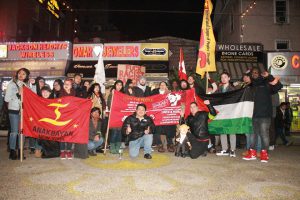 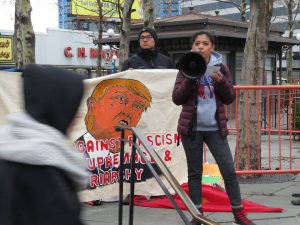 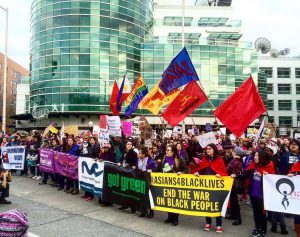 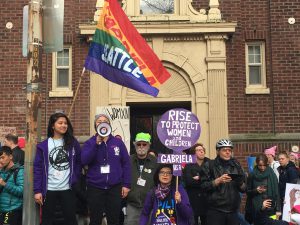 (Photo caption: Seattle, WA. Rhondalei Gabuat of GABRIELA Seattle and Sharlyn Santiago of Anakbayan Seattle represented BAYAN USA, speaking to a crowd of over 130,000 at Seattle’s Women’s March as they passed through the streets of Downtown Seattle.) 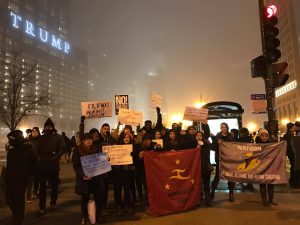