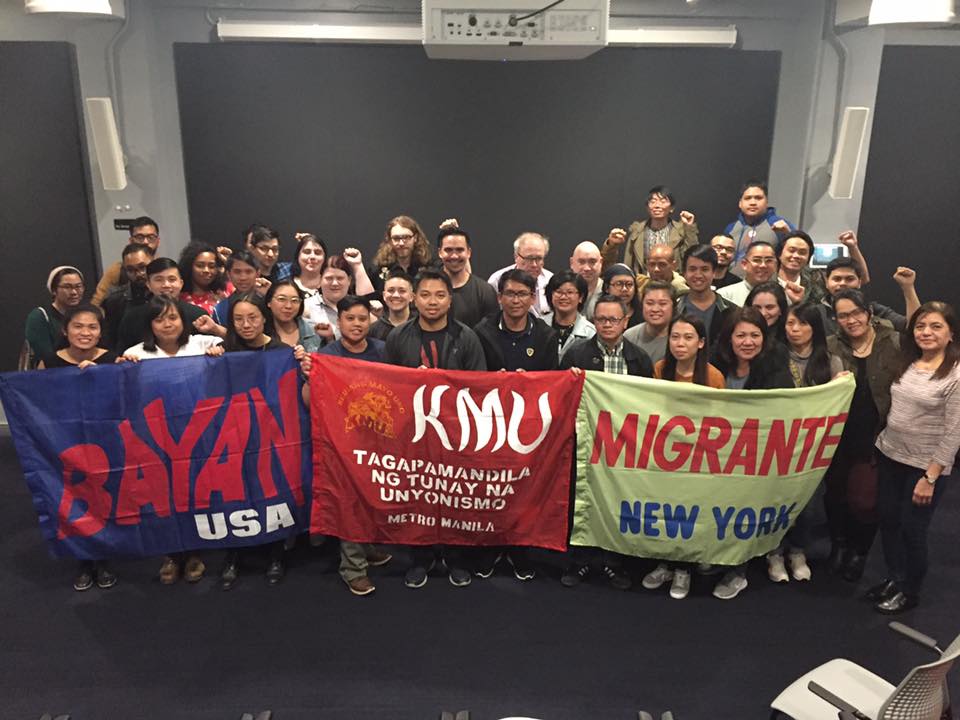 On International Workers’ Day, BAYAN-USA marches in step with the workers of the Philippines and around the world in resistance to imperialism and tyranny. In the face of spreading global fascism and worsening poverty, workers are at the forefront of people’s’ movements that are strengthening, forging unity and rising up for liberation.

The US-Duterte regime continues its quest to consolidate a dictatorship through the outright oppression and repression of the poor and working masses. Any facade of an effective constitutional liberal democracy has been completely torn at the seams as Duterte ravages the Philippines with his fascist wars on the people that have led to more than 30,000 extrajudicial killings, trumped up charges, illegal detention, rampant corruption, militarism and martial law.

These measures are most of all hurting workers who bear the brunt of anti-people policies like the Rice Tarification law and the TRAIN law, a policy that lowers the consumer purchasing power of everyday people. As the ultimate sellout, Duterte has not only betrayed his campaign promise of ending contractualization of workers, but he also vowed to take on more unequal foreign loans that chain the Philippines as a debt colony of China; these loans impose unequal conditions tied to the aid, such as the requirement of the use of Chinese workers who are being exploited by Chinese contractors for Duterte’s “Build Build Build” projects such as the PH-China Chico River Pump Irrigation Contract, while more than 22% of Filipinos remain jobless. The economic conditions in the Philippines have created one of the largest diasporas in the world, with more than 6,500 Filipinos leaving the country everyday to look for jobs overseas, while the Duterte regime absorbs the over $33 billion in hard earned remittances overseas Filipinos send back home to their families.

Meanwhile, the conditions of migrants and workers in the United States continue to worsen from within the belly of the imperialist beast. Alongside other migrants, Filipinos face discrimination, poverty wages, unstable work schedules, cuts in benefits, and a lack of job security.  Even worse, the Duterte administration leaves Filipino migrants to fend for themselves vulnerable to labor trafficking schemes and Trump’s anti-immigrant policies.

Despite all of this, Filipinos across the United States and around the world are rising up in growing numbers to fight back against Duterte’s rotten dictatorship and join the call for national democracy in the Philippines.  We urge our members and community to stay vigilant in demanding an end to US-backed state repression and human rights violations in the Philippines. We amplify the call to oust Duterte and to cut all forms of US support to his regime.  We stand in solidarity with oppressed workers, migrants, and refugee communities clamoring for liberation, from the U.S. to their homelands around the globe. We call on all people to join the United People’s State of the Nation actions across the U.S. to be held on July 22, 2019.

Workers of the World Unite! Struggle for Socialism! 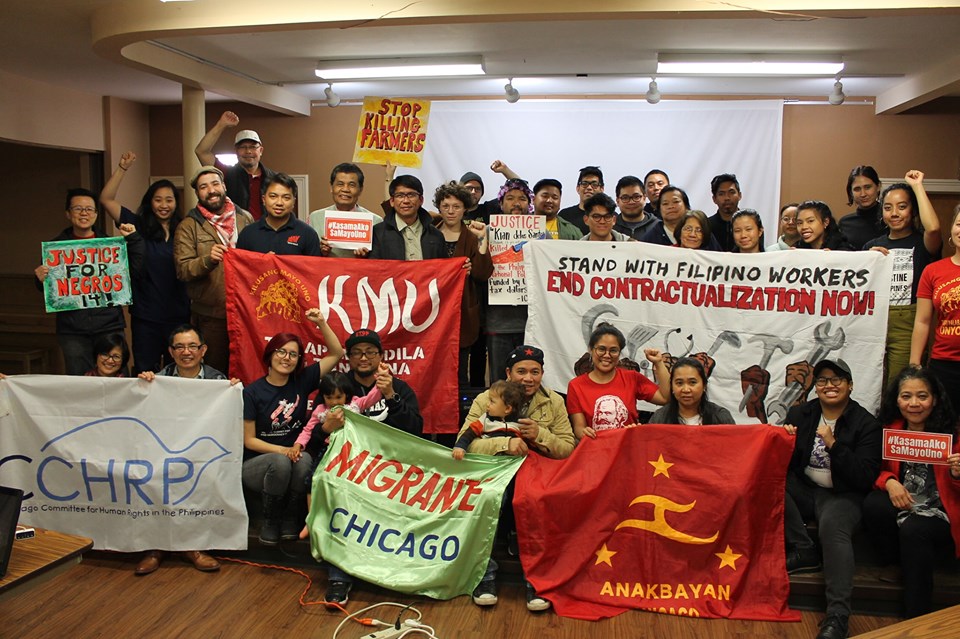 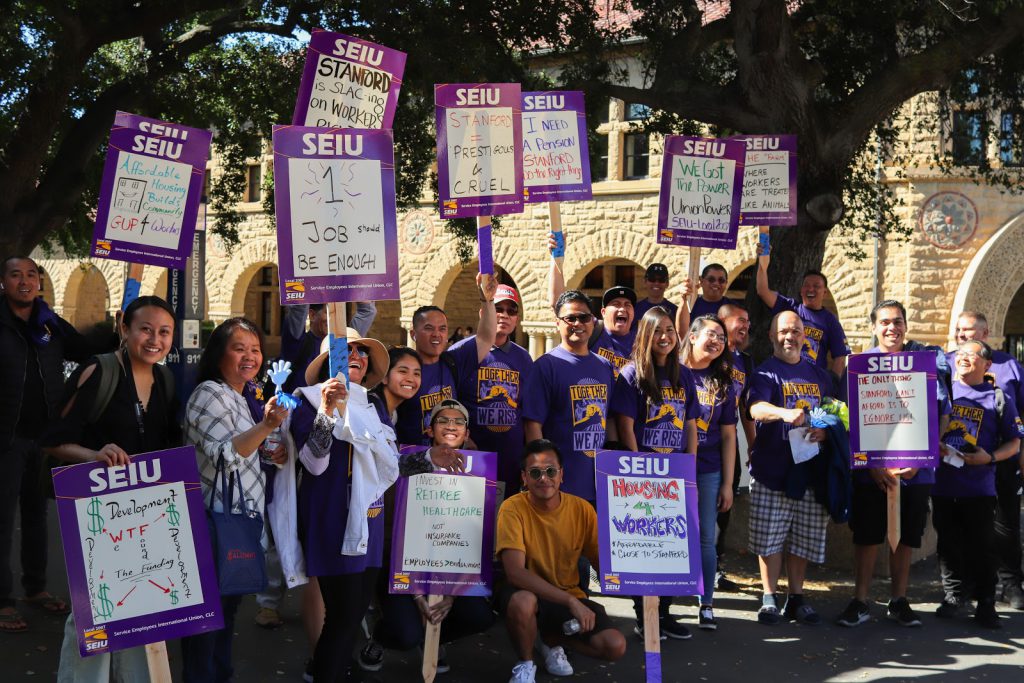 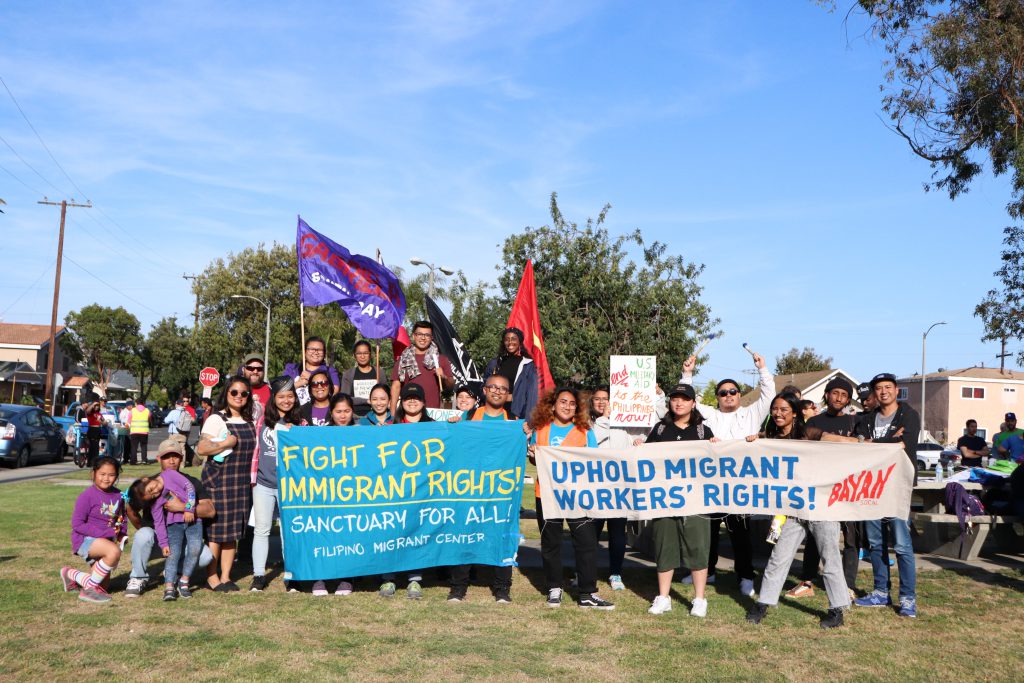 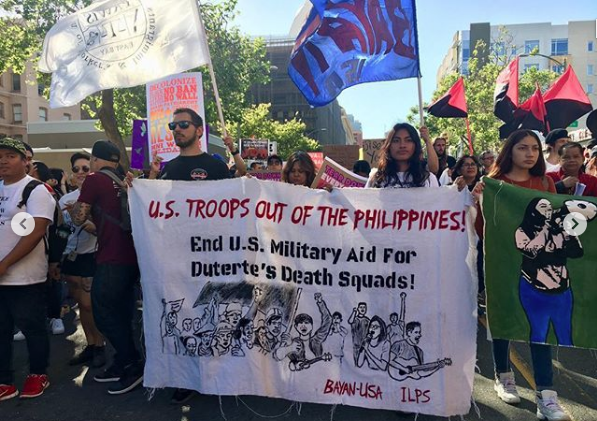 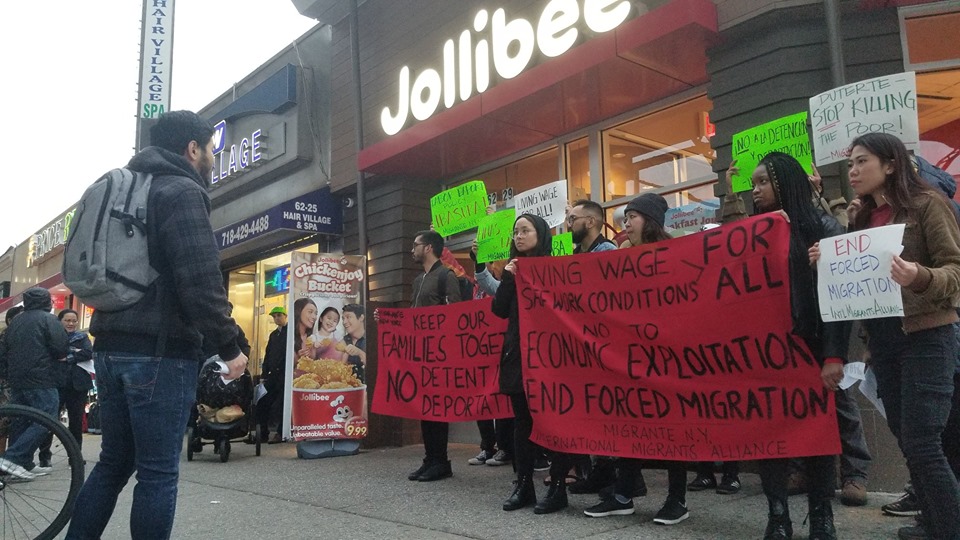