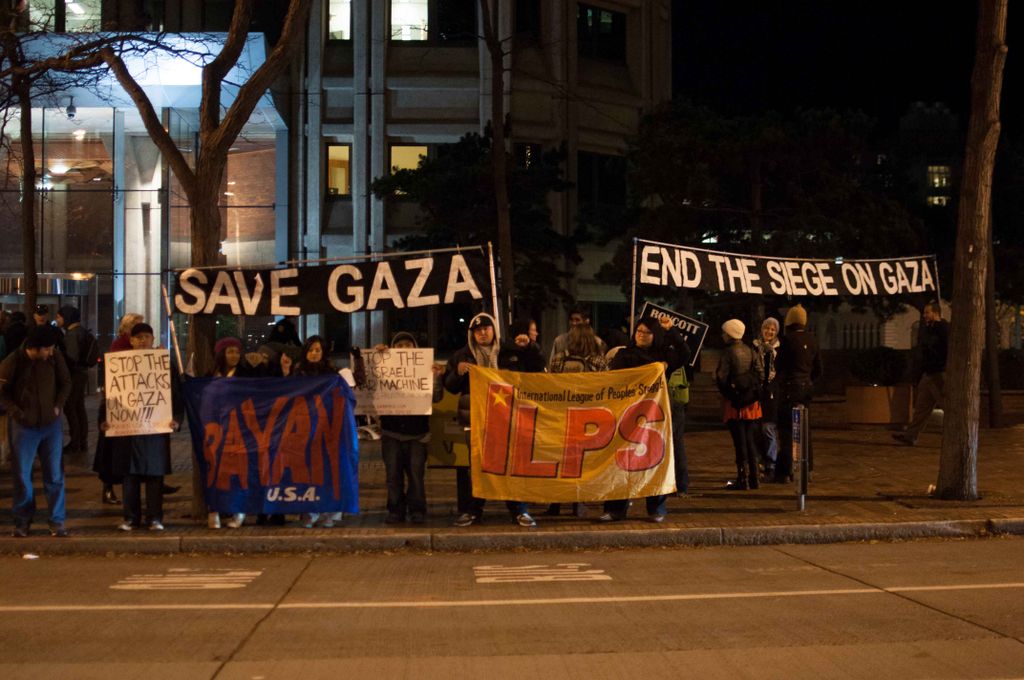 Filipinos from all over the United States, representing 18 different grassroots community organizations that comprise the progressive alliance BAYAN USA, have been taking part in actions protesting and condemning the recent all-out assault on the people of Gaza by the U.S.-backed Zionist state of Israel.

“Right now the IDF is bombing into the ground what has become the largest open air prison in the world, the Gaza Strip, in order to break the backs of the Palestinian people for their long-standing resistance against the U.S.-backed Zionist state,” said BAYAN USA Chairperson Bernadette Ellorin.  “Despite completely shutting the people of Gaza off to the outside world and subjugating them to some of the harshest conditions imaginable, Israel will not be content until they achieve their goal of guaranteeing that the Palestinians’ right to return to their land, and any plan for a two-state solution or a non-Zionist state, is dead.”

According to the Palestinian Center for Human Rights, since Wednesday the U.S.-funded and -armed Israeli Defense Force (IDF) has injured and maimed over 250 innocent civilians, including at least 62 children, killing at least 19, including 10 civilians.  This ongoing massacre against the people of Gaza has been carried out with the tacit support and approval of President Barack Obama and has even been applauded by the U.S. Senate.  The IDF began its bombing of Gaza with the illegal assassination of Hamas military chief Ahmad al-Jabar on November 14th which was an act in violation of International Humanitarian Law and also the breaking of a truce that Israel had signed with various leading Palestinian organizations.

“The Zionist state of Israel is a key ally in the service and interests of U.S. imperialism,” explained Ellorin.  “A stronger Israel within the region means a stronger presence of U.S. imperialism.  Already, key Israeli figures such as Prime Minister Netanyahu and Defense Minister Barak are seeing the current military assault on the people of Gaza as a stage for an Israeli and American intervention in Iran, thus completing the U.S.’s stranglehold on the people of the Middle East.”

“As Filipinos we know all too well the disastrous effects that U.S. imperialist policies can have against Third World peoples,” continued Ellorin.  “Those same policies that have led to the extrajudicial killings of over 114 Filipinos since 2010 and have sanctioned the presence of toxin-dumping U.S. warships and U.S. soldiers on Philippine soil are the same imperial policies that are the driving force of the current death and destruction raining down on the people of Gaza.” 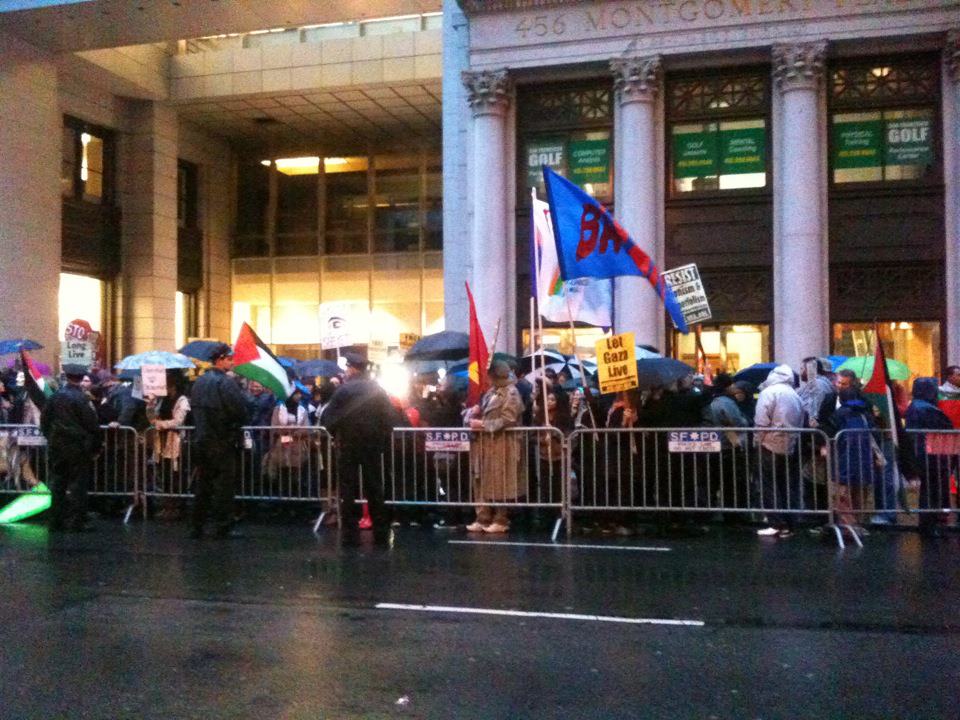 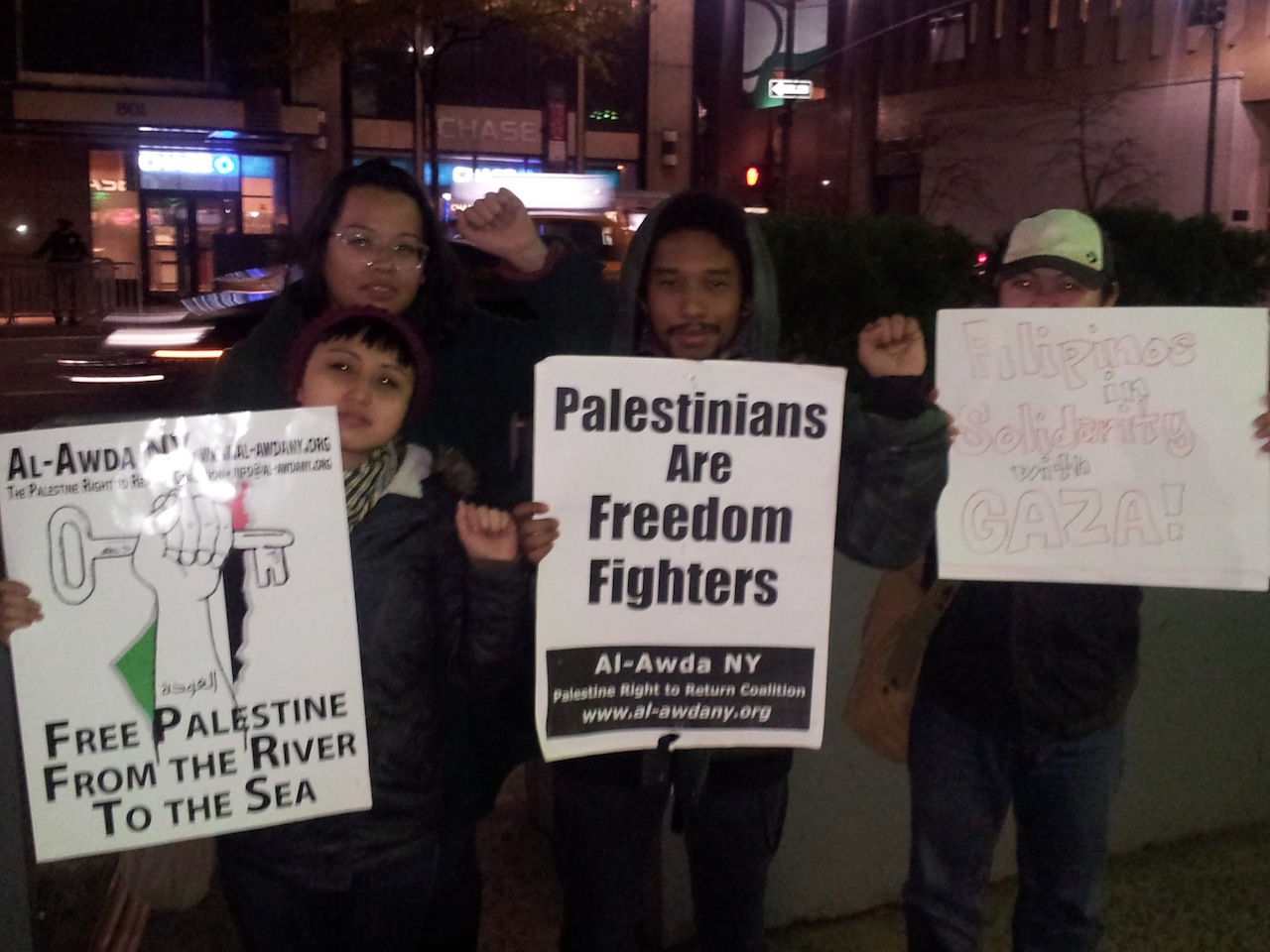