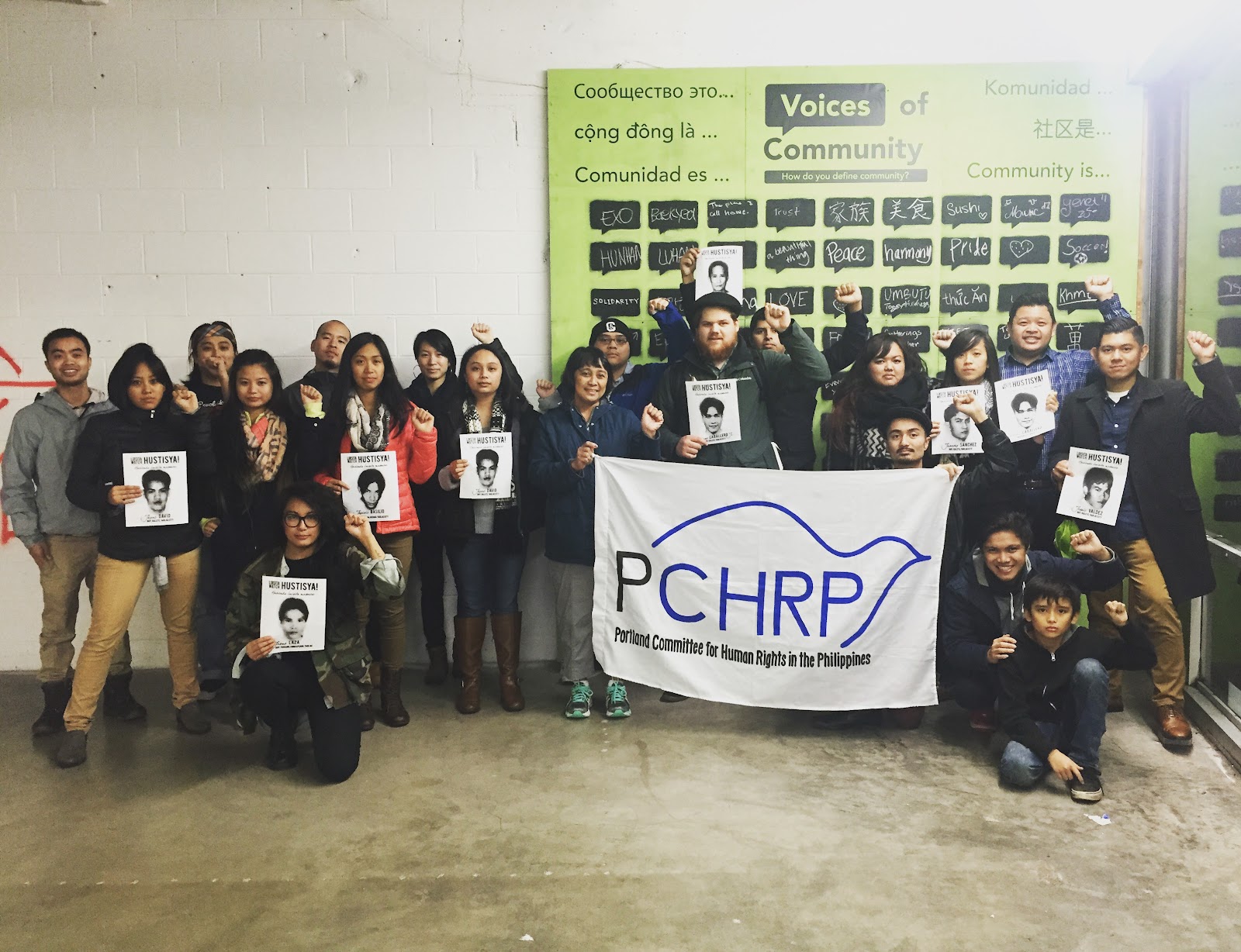 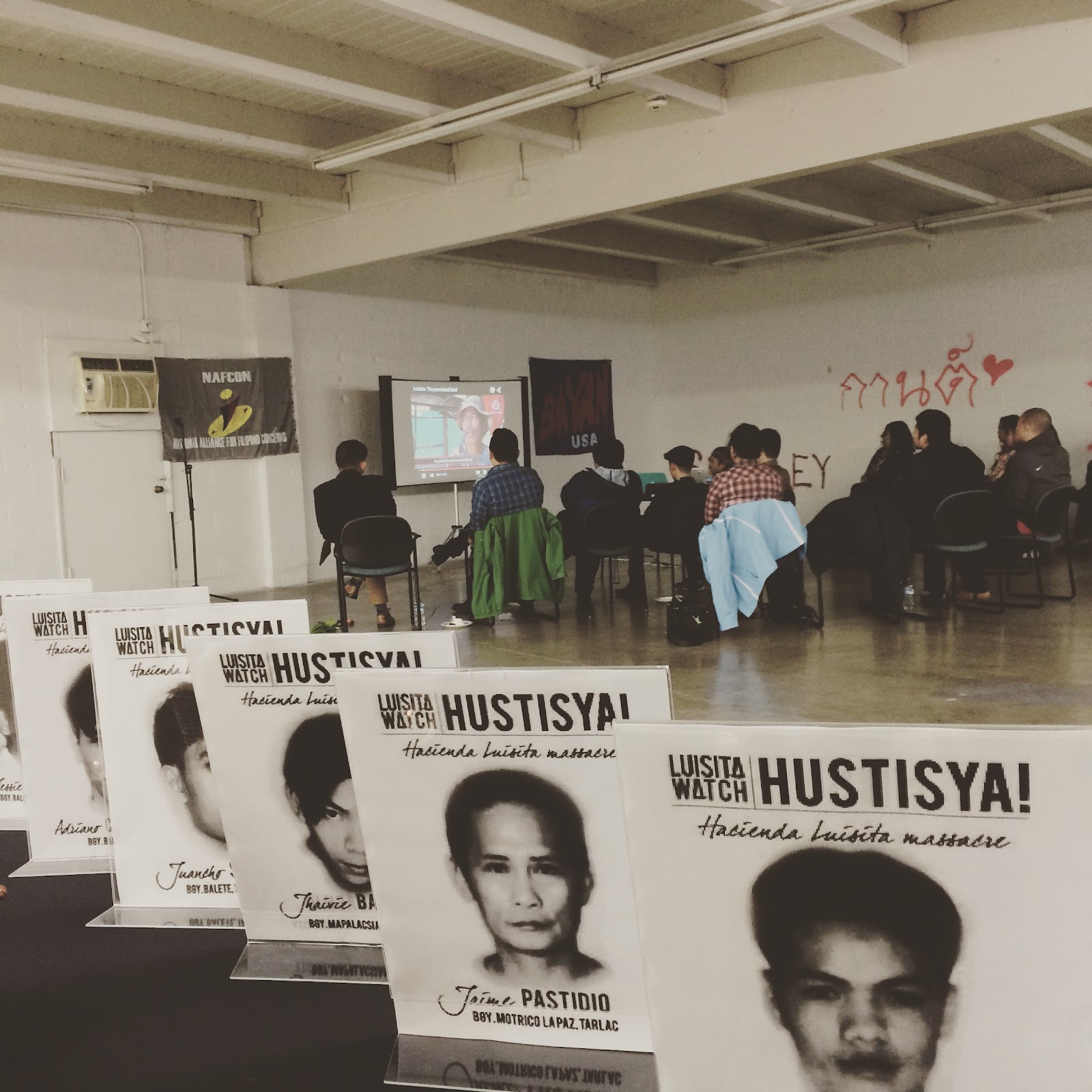 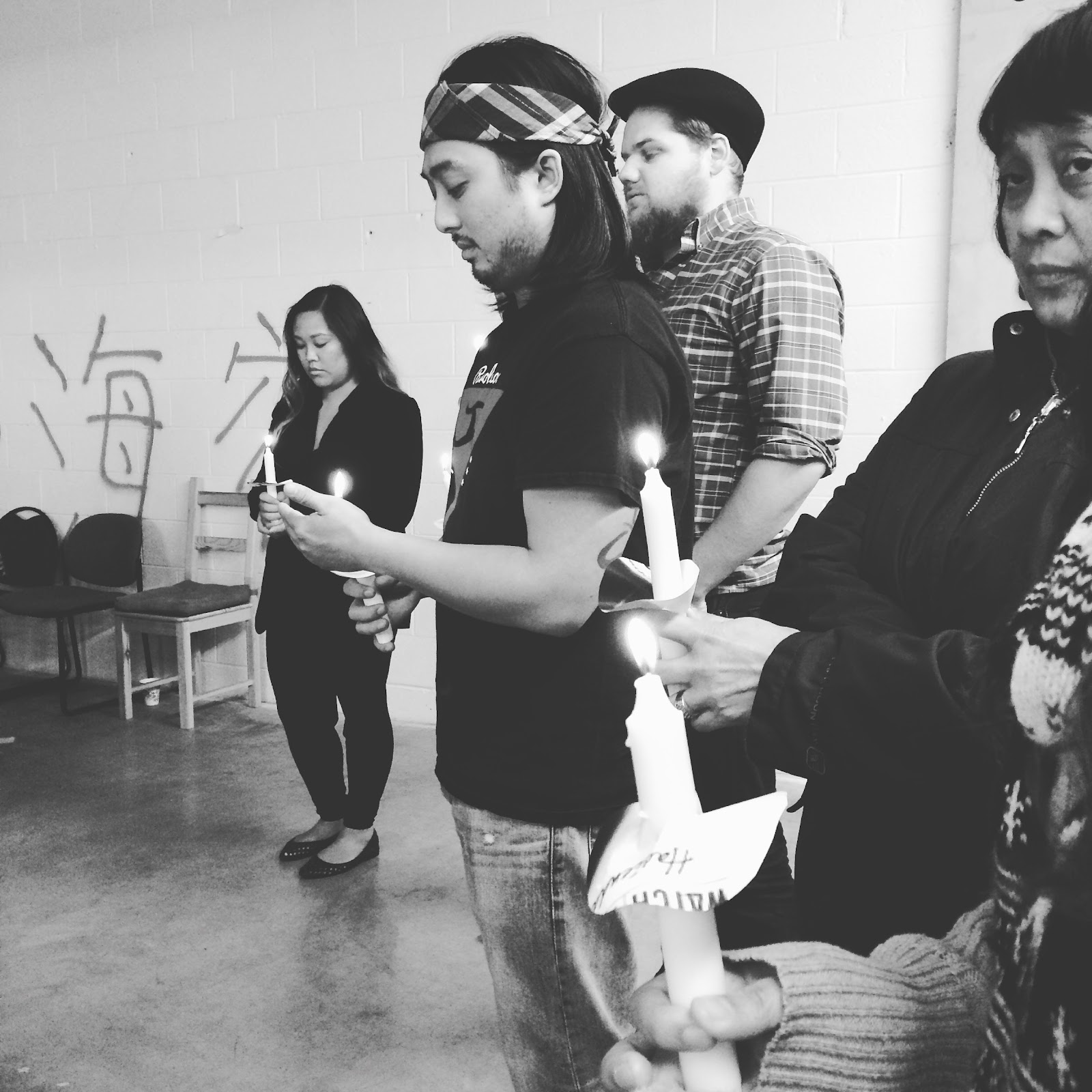 11 Years After the Hacienda Luisita Massacre,

Portland, OR – On the 11th year anniversary of the Hacienda Luisita Massacre, Portland Committee for Human Rights in the Philippines (PCHRP) hosted a film showing of “Sa Ngalan ng Tubo” (In the name of the Sugarcane) to highlight the political repression and violent atrocities that occur in our homeland, the Philippines. The film showing was followed by a candlelight vigil honoring the martyrs and their surviving comrades. We call on our communities to demand justice for the victims and families of the massacre. We hope to not only light candles, but also the fire within us that will push us to act and call on B.S. Aquino to redistribute the Hacienda Luisita lands to its 6,000 rightful farmer beneficiaries.

11 years ago today, seven farm workers were killed while hundreds of others were injured and unlawfully arrested after police and military personnel opened fire on thousands of striking sugar workers near the gate of the Central Azucarera de Tarlac (CAT) mill in Hacienda Luisita – the controversial 6,453-hectare estate controlled for nearly five decades by one of the Philippines’ most powerful landlord families, the Cojuangco-Aquino clan. The current Philippine President, Benigno Simeon Cojuangco Aquino III, is a fifth generation scion of the Cojuangcos. 11 years later, the Hacienda Luisita Massacre remains unresolved and no investigation has been conducted nor has anyone been arrested for the murder of the farmworkers, all of whom were unarmed and within their legal right to wage a labor strike.

The Philippines is plagued by corruption that results in continued landlessness of the masses, a lack of industrialization, and the privatization of land and services. This is evident in the 10 billion pesos that politicians and businessmen pocketed from the year 2003 to 2013 by way of the Priority Development Assistance Fund (PDAF), over 21,000 filipinos affected by forced eviction and demolition of communities, and the ongoing displacement of the indigenous Lumads in  communities in Mindanao.

“We understand that Land is Life. The Hacienda Luisita Massacre is a testament to the many of those who struggle and understand that their life is connected to the land. We must see these connections and see our responsibility to end U.S. imperialism that perpetuates the injustices brought onto the people in the Philippines,” Angelica Lim, PCHRP Womxns Desk Lead, stated. “PCHRP strongly supports the workers of Hacienda Luisita in commemorating the bloody massacre and their continuous struggle to fight for justice and redistribution of their land. We condemn the Aquino government for the continuous injustice against the Hacienda Luisita farmworkers,” Lim added.

LyLy Dinh, PCHRP Solidarity Committee member, offers: “Even through distances of miles and time, through this documentary, we are witnesses to the blatant murder and oppression of the Filipino people, of those who only attempt to protect their rights and land, their livelihood, something that still happens to this day. How can we then, as witnesses to such immoral acts against human rights, not be moved to act and serve, to stand in solidarity with those whose voices, bodies, and lives are silenced and taken from them every day?” Filipinos and allies in Portland stand in solidarity with the farm workers of Hacienda Luisita in their struggle for justice and genuine agrarian reform.

Justice for the Victims of the Hacienda Luisita Massacre!